Jack Sparrow is coming to Sea of Thieves 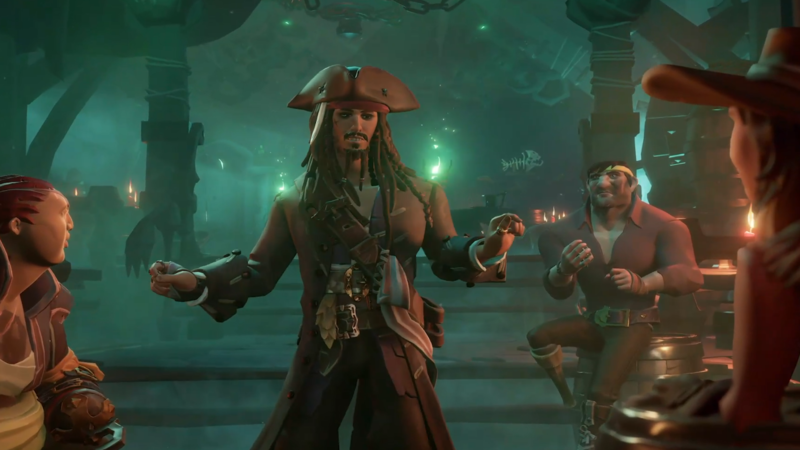 4.3
Microsoft has announced that Captain Jack Sparrow will be coming to Sea of Theieves.

The Pirates of the Caribbean character will appear in a new original story called Sea of Thieves: A Pirate’s Life.

The expansion will be free for all players on June 22 and takes place across five tales.

“Players will go on a quest to free Jack Sparrow from his prison and witness the power of the world’s greatest Pirate Treasure, which Jack just so happens to have stolen,” an Xbox statement explains.

“Jack is being pursued by his old enemy, the notorious Davy Jones, and their arrival on the Sea of Thieves will ultimately spell disaster if Jones and his forces aren’t stopped.”

The pirate-themed co-op multiplayer game released for Xbox One and PC in March 2018, when it became the first exclusive title from Microsoft to launch on Xbox Game Pass day-and-date with its retail release.

A new seasonal progression system was added to the game earlier this year.

"Jack Sparrow is coming to Sea of Thieves" :: Login/Create an Account :: 0 comments