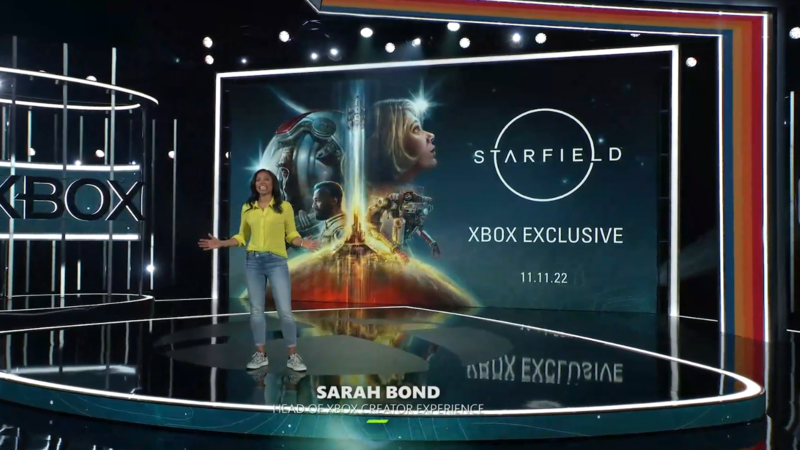 3.9
Today, ahead of Bethesda Game Studios, Bethesda, and Xbox unveiling of Starfield to the world -- the new sci-fi RPG for PC and Xbox consoles from the developer behind The Elder Scrolls and Fallout -- the release date has leaked, courtesy of the game's official website. According to the game's website, it's out on November 11, 2022. In other words, it's well over a year away. In addition to the release date, the game's first-ever proper trailer has also leaked early, courtesy of the Washington Post (watch it here).

As you may remember, Starfield was revealed all the way back at E3 2018, alongside The Elder Scrolls VI, and long before Xbox acquired Bethesda. That said, at the time, the reveal trailer was nothing more than a very vague and unrevealing teaser trailer. In other words, if you remove the leaks from the context, this is our first look at the game that's said to be many years in the making.

In addition to being a long-time in the making, Starfield is the first new franchise from Bethesda Game Studios in over 25 years. And it's an important release for the developer, who has fallen from the top of the RPG hierarchy lately, not only due to the underwhelming releases of Fallout 76 and Fallout 4, but due to the releases from developers like CD Projekt Red, Obisidian, Ubisoft, and others. That said, if the hype is any indication, Starfield is poised to be a return to form for the internal developer of Bethesda, who is also working on The Elder Scrolls VI in conjunction with Starfield.