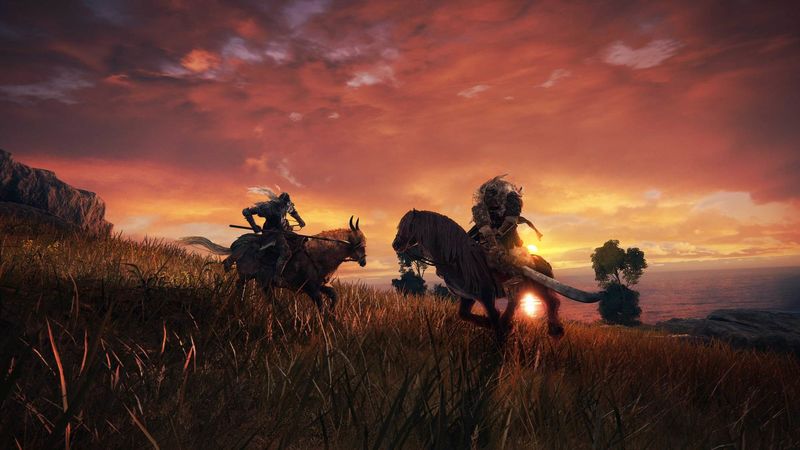 3.8
After months of trials and tribulations for Elden Ring’s subreddit, we finally caught some more details on Hidetaka Miyazaki and George R.R. Martin’s upcoming game at the Summer Game Fest. Not only did we get a shiny new trailer (below), but we found out the Elden Ring release date is January 21, 2022. Now, though, some more details are starting to emerge amidst the post-reveal hysteria.

Publisher Bandai Namco reveals in a press release that you’ll be traversing across grassy plains, suffocating swamps, and lush forests on foot or horseback. Sounds neat, but you can do so “alone or online with friends”, so it looks like Elden Ring is coming with multiplayer in mind.

There’s more to travelling, too. Bandai Namco says that Elden Ring features a “vast and seamless” landscape with natural weather and time-of-day progression. You’ll also stumble across spiralling mountains, domineering castles, and “other sites of grandeur on a scale never seen before in a FromSoftware title”. It’s a big pitch, but we don’t have too long to wait and see ourselves.

Elden Ring’s gameplay is looking flexible, too. Bandai Namco says the team wants to give you the chance to chart your own path through its world, so you can run headlong into battles or take advantage of the game’s stealth and combat systems. You can do with a wide variety of weapons, magical abilities, and skills you pick up throughout the world, so you best get exploring when the time comes.

“With Elden Ring, we have applied all our dark fantasy and action-RPG expertise cultivated throughout the Dark Souls series, in order to create a bold, classical evolution of the genre,” FromSoftware director Hidetaka Miyazaki says. “We’ve crafted a rich world with a staggering sense of scale, based off of legends written for the game by George R. R. Martin.

“Elden Ring is a world full of mystery and peril, ready to be explored and discovered; a drama in which various characters flaunt their own mystique and ulterior motives. We sincerely hope you enjoy experiencing it for yourself.”