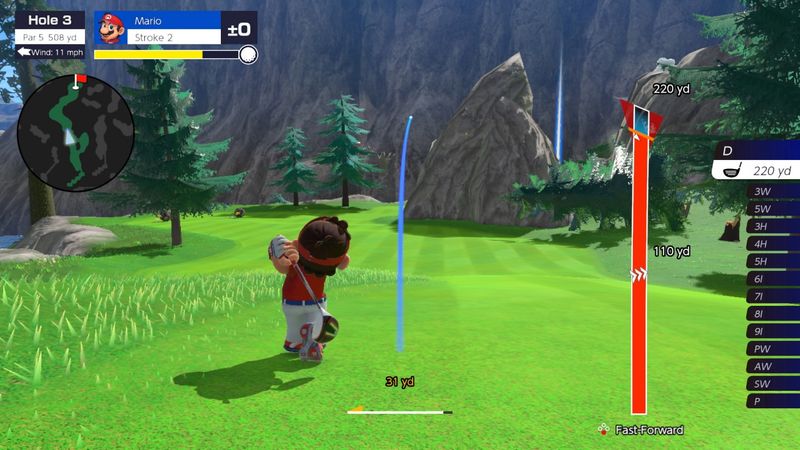 4.5
When Mario Golf: Super Rush releases on Nintendo Switch in a few weeks, players will be able to enjoy the game with four players locally, but there will be some apparent restrictions. It seems that the option where players tee off at the same time will only be available in two player split-screen mode, or online. If players want to play Super Rush with a roomful of four players, it looks like they'll have to stick to the option where players take turns. For players that wanted to enjoy the chaos of Speed Golf in a roomful of people, this might be a little disappointing.

During our recent guided preview for the game, Nintendo did mention that you could play with four players in standard golf when using the "take turns" option, but it was a bit unclear whether or not that would be the case when all players tee off at the same time. Now, the game's Japanese site (as translated by Reddit user MrPerson0) has made things more explicit. To be fair, Nintendo likely had to place some limits on multiplayer. Super Rush offers players the ability to choose between a standard control scheme and motion controls. Having four players in the same room teeing off at the same time in split-screen with motion controls would be a bit difficult! Limiting this to two players should make things a bit less convoluted.

From what we've seen of the game so far, Mario Golf: Super Rush seems like it might be the most ambitious Mario Golf game yet! The title features three different modes to choose from, including Standard Golf, Speed Golf, and Golf Adventure. Players can also choose between 16 different Mario characters, including some that have never appeared in a Mario Golf game.