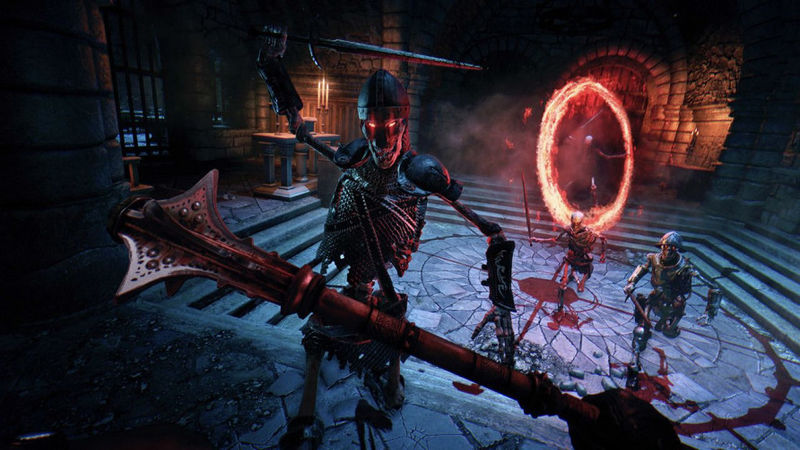 3.6
Dying Light: Hellraid has received an update called The Prisoner which is bringing new content to the game.

Techland's zombie game and its odd but fascinating Hellraid DLC has just gotten bigger. This update is free to owners of the content and even better, it's already out. For a free update, there is quite a lot in here for players to get their teeth into. The Prisoner update brings a new story that will charge players with venturing into the depths to find a powerful mage called Lucius. You can catch a glimpse of all this in the new trailer below.

Alongside this new story, there are new weapons and enemies to spar with. With the update, you will be able to forge the Corrupted Justice bow, as well as the two-handed hammer fittingly called, the Bonecruncher. It also looks like a new shield and armoured enemy has joined the dungeon to make your journey a little harder.

There are also smaller changes that should make playing a nicer experience. A new lighting system has been implemented, as well as tweaks to item management. New sounds and animations have also been added with mini-map and balance changes. It's also said that more content is coming, so owners shouldn't expect this to be the last we hear from Hellraid.

If all of this is sounding distinctly un-Dying Light, that's understandable. While a DLC expansion for the game, its roots have nothing to do with Techland's 2015 success story. The game started as a completely different game, set for release in 2015. However, after the success of Dying Light, Techland shifted resources towards its zombie game. Surprisingly however, Hellraid lived again. The content was retrofitted for Dying Light and was released as a DLC expansion.

Aesthetically, it has very little to do with the zombie game, but it is an example of the unmatched post-release DLC support Techland has provided the game. If you are a fan of the feel of Dying Light but are interested in what that might feel like in a fantasy-inspired dungeon crawler, you should give Hellraid a shot.