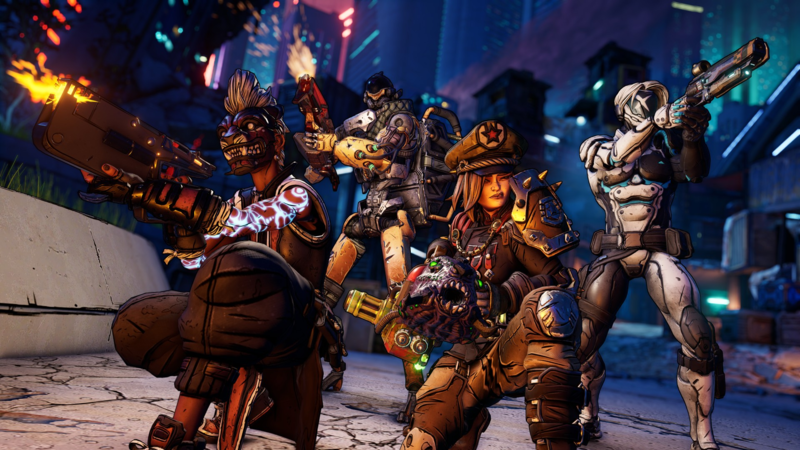 3
It's looking incredibly likely that a new entry in Gearbox Software's beloved Borderlands series will be revealed in just a few short days. Even though we don't currently know that this mystery title from Gearbox is associated with the Borderlands franchise to be specific, a litany of new rumors and reports have all but confirmed that this new entry is coming about. Not to mention, Gearbox itself may have spilled the beans a bit early in a rather odd manner.

As of today, it was confirmed that 2K Games and Gearbox are preparing to announce a new project later this week on June 10 during Summer Game Fest. Although many details about this project weren't given, just a few days ago we heard new reports that a Borderlands spin-off game starring the character Tiny Tina would be coming about in the future. Given the credibility of those reports in question, this very much seems to be that title in question that is being teased.

Prepare for the reveal of a new adventure from @GearboxOfficial and @2K during #SummerGameFest Kickoff Live on June 10! 🔥 https://t.co/tw2vk3KytM pic.twitter.com/lVmqBN8b8b


If you needed even further proof that this project is associated with Borderlands, well, it looks like we've received exactly that verification. Gearbox and 2K actually pushed live a teaser website today to coincide with this announcement. And while the website itself doesn't directly feature anything related to Borderlands, the code of the site sure does.

Specifically, the phrase Wonderlands is found on the webpage's metadata. So how does this then tie in to Borderlands, you might ask? Well, the rumored name of that Tiny Tina spin-off in question was reportedly said to be Wonderlands. The fact that the name is appearing on this site all but confirms that the project is real and will be announced this week.