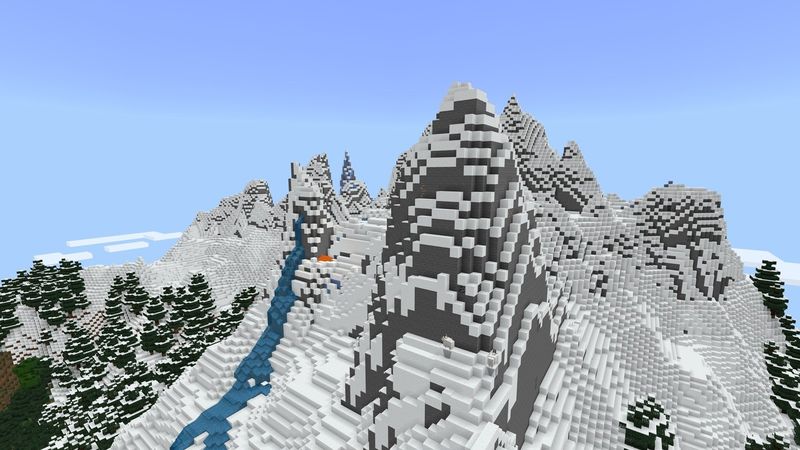 3.4
A new video from the Minecraft YouTube channel has detailed some of the changes players can expect when the second part of the game's Caves & Cliffs update arrives at the end of this year.

One of the biggest changes coming in the second part of the Caves & Cliffs update is a revision to Minecraft's world generation. Specifically, the game's caves and mountains will change the most, stretching lower and higher than ever before, and spawning in different shapes and sizes. However, new world generation has become a concern for some players as they worried it could potentially warp their current, years-old Minecraft world.

According to Minecraft vanilla game director Agnes Larsson, none of players' carefully built creations, from the measly dirt house to a fortress in the sky, will be affected. That's thanks to a special "blending" technique Mojang is using. "So when you update your world to part two," Larsson said, "we will blend the old world generation with the new world generation… An important thing here for us is that we should never destroy anything you have built."

To that end, changes to Minecraft worlds will only be applied to brand new chunks and chunks that players have seen but not built in. Any chunks where a player has built will be left totally unaffected.

The first part of the Minecraft Caves & Cliffs update is set to launch on June 8, and while it won't bring new world generation to the game, it will include a ton of new content. Players will be able to find new mobs, such as Axolotls and Glow Squids, and mine new materials, like copper.