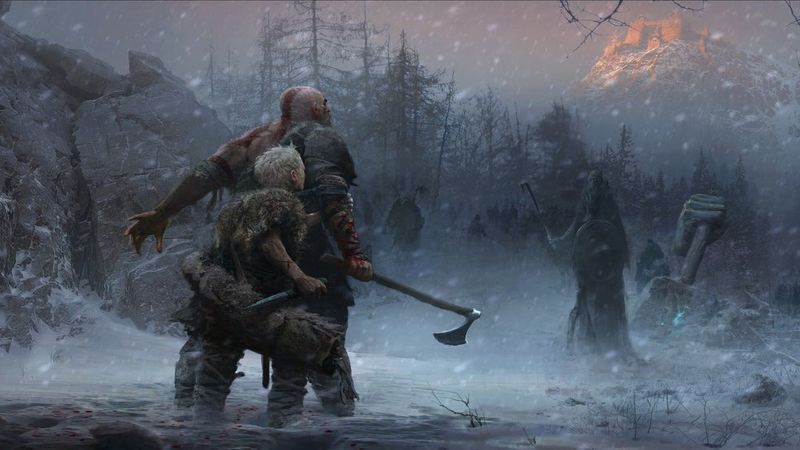 4
Earlier this week, PlayStation had a small issue on its hands when it revealed in a public document from Sony that the next installment in the God of War franchise would officially be called God of War: Ragnarok. The only problem with this is that the title and accompanying logo for the game that appeared in this presentation were false, as PlayStation later clarified. While the whole situation was one that prompted some confusion from fans, it also seems to have annoyed the game's presumed director.

Over on Twitter this week, God of War director--and the assumed writer and director of Ragnarok--Cory Barlog responded to the whole event that had taken place. While he didn't comment directly to his followers, when the leak originally transpired just a few days ago, he simply tweeted out a GIF of Captain Picard from Star Trek putting his head in his hand. Clearly, Barlog was a bit bothered by the matter even though he didn't make it clear through his own words. In the process of tweeting out this GIF, he also locked his replies so that fans couldn't proceed to ask him questions or reply about what had happened.


It's hard to disagree with Barlog's annoyance in this situation. As a game developer, he surely wants to reveal more details on God of War: Ragnarok--or whatever the game ends up being called--in his own time. For Sony to step in and seemingly announce something, only for that thing that was supposedly announced to then be false, is surely frustrating to watch from afar.

Still, even though we didn't hear Barlog say anything new about the next God of War game this week, it stands to reason that we should see more of the title before long. For now, the PlayStation 5 sequel is still set to launch at some point in 2021. Even though other reports have indicated that the project has already been delayed internally at Sony, this isn't something we've received confirmation on yet. With so many video game announcements being planned for the next few weeks, though, perhaps we'll hear something new from PlayStation about the game in the near future.

LMAO Well, whatever it ends up being named, I'm sure it's going to be a great game when it gets released