Saints Row 5 Could Be Revealed Soon 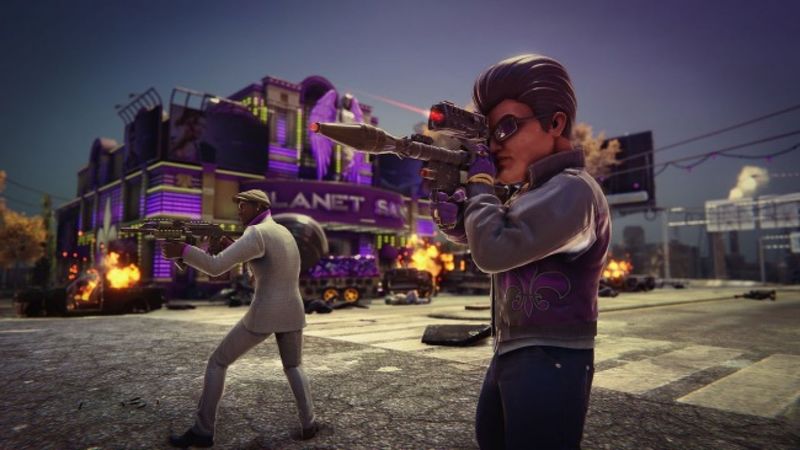 5
If everything turns out like fans are hoping for, Saints Row 5 could be finally unveiled within the next few weeks. Although a specific tease or report related to the next entry in the long-running open-world has yet to come about, Koch Media, which is the parent company that publisher Deep Silver belongs to has confirmed that it will be having a presentation of some sort in the near future. As such, there's always the potential that Saints Row 5 could be shown off for the first time at this event.

Summer Game Fest confirmed that it's going to be holding a new event that it's calling the "Koch Primetime Gaming Stream." Essentially no details related to the event were given outside of the fact that it will take place at 12:00pm PST on Friday, June 11. A website was also mentioned in the image that accompanied the announcement and it leads to what looks to be a placeholder Twitch channel of some sort.


At this point in time, we know nothing about Saints Row 5 outside of the fact that it is simply in the works. Developer Volition has been very forthcoming in the past that it's in the process of working on a new Saints Row instalment, but we have yet to get a look at what it will be. If Koch Media is finally ready to make some sort of reveal in the next few weeks, there's always a good chance that Saints Row 5 could be the specific title that it wants to highlight.

That being said, it's worth stressing that there are numerous games and IPs under the control of Koch Media, so there's no guarantee whatsoever that Saints Row 5 makes an appearance during this upcoming stream.

"Saints Row 5 Could Be Revealed Soon" :: Login/Create an Account :: 3 comments

I think I played the first one on the X360, then gave up on it

I think I played the first one on the X360, then gave up on it

Uhhh... how have I not even heard of the 4th? I played so much of the third but kinda lost interest after that.