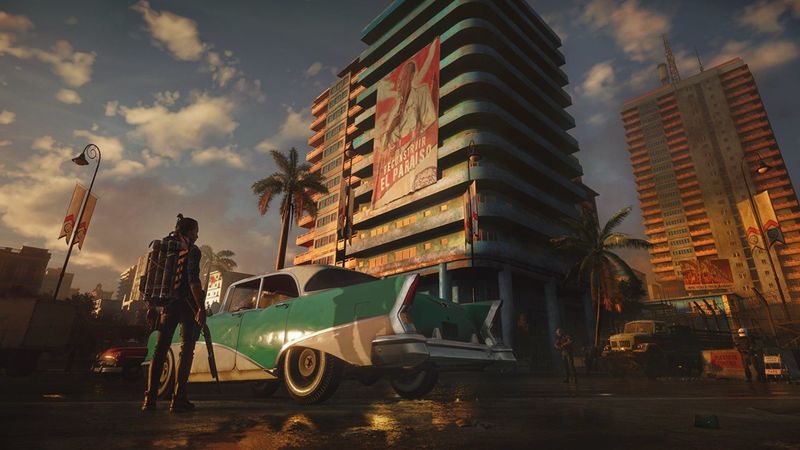 5
Ubisoft finally revealed gameplay footage of Far Cry 6 today, and unsurprisingly, the game looks pretty excellent. Not only does it looks solid from a mechanical standpoint--which we have come to expect from the Far Cry series--but it visually is quite impressive as well. This seems to be due in part to the added power of the PlayStation 5 and Xbox Series X has now given those developing the game over at Ubisoft.

Speaking to publication VGC in a new interview, Ubisoft Toronto's lead gameplay designer David Grivel said that Far Cry 6 is going to be a much better experience on next-gen platforms for those who do own one of the new consoles. To be more specific, Grivel confirmed the specs outright for these upgraded pieces of hardware. "One detail I can add about the new generation is that it allowed us to run the game at 60 FPS and in 4K, which is really cool," Grivel explained.

While Far Cry 6 might reach these benchmarks on PS5 and Xbox Series X, Grivel made sure to also note that those playing on last-gen platforms won't receive a lesser version of the game. "As we go in the next few weeks and months, we’ll definitely start showing more on different platforms," he made clear. "What I can say, and I cannot go so much in details about specs or things like that, is that both on previous generation and the new Xbox Series and PS5 generation, the game is running fine." No matter where you might look to play Far Cry 6, Grivel sounds confident that the final product will be well-optimized for all hardware, which is definitely encouraging.

Far Cry 6 is now confirmed to release later this year on PlayStation 4, PlayStation 5, Xbox One, Xbox Series X, and PC.

It better look pretty impressive with the next gen consoles