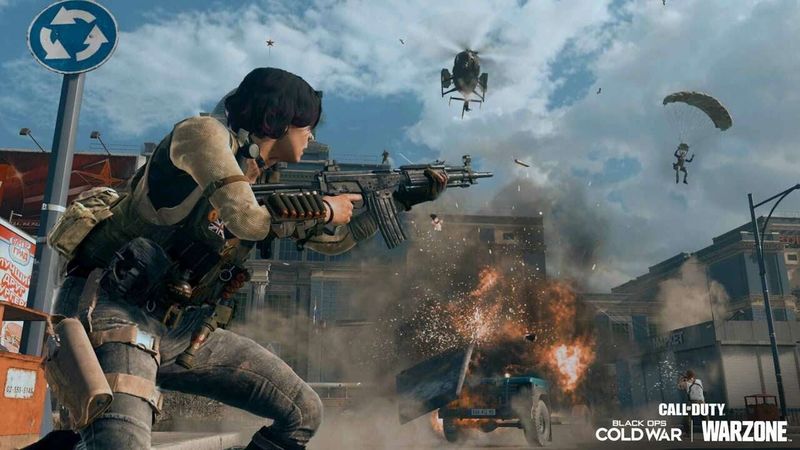 5
A Call of Duty: Warzone dev has suggested a lens flare fix might be on the way.

It's a nice little bit of community outreach and feedback from the Warzone VFX artist. In subsequent tweets, Shingledecker talks to Warzone players about the issue and confirms that he'll be looking into the issue. Replies to Shingledecker's original tweet above confirm that the lens flare caused by the sun in Warzone really is an issue for many players.

However, Shingledecker is quick to remind everyone that he doesn't have the power to change the entire lighting structure of the Verdansk 84 map in Warzone. While suggesting that lighting feedback itself can be sent directly to developer Raven Software, the artist does confirm that it's well within his power to change the lens flare caused by the weather.

Just last week, Warzone got a pretty hefty update with the arrival of two iconic 80s movie action stars: John McClane and Rambo. Additionally, Die Hard's Nakatomi Plaza has been implemented on the Warzone map, replacing the Broadcast Tower region, and it didn't take long at all before players had figured out how to crack open the three safety deposit boxes and make off with the loot hidden within. Turns out Call of Duty players are quicker robbers than Alan Rickman's gang.

Glad they're taking heed to the reports