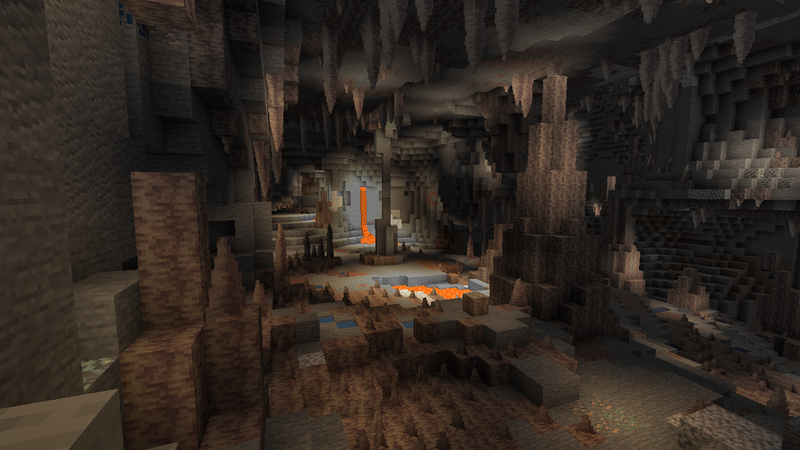 4
Minecraft‘s Caves & Cliffs update is so big that it’s coming in two parts, each of which will contain a portion of the incoming content. The devs at Mojang have hinted at some of what you can expect from each part, but today they’ve provided a much more detailed breakdown of what to expect from part one. Namely, 91 new blocks.

Or rather, the plan is to add “up to 91 new blocks to the game”, gameplay developer Brandon Pearce says in a new dev video. (The “up to” bit is presumably a hedge against the possibility of a feature getting delayed.) This will include pretty much all the blocks intended for Caves & Cliffs, including those that won’t actually spawn naturally in the game until the new biomes land in part two.

You’ll be able to grab the moss intended for Lush Caves from shipwreck chests, and even start planting your own moss through bonemeal. You’ll similarly find glow berries from mineshaft chests, and can then plant those in your own caves, too.

Wandering traders will also hold many of the otherwise inaccessible new blocks.

It seems like the Minecraft 1.17 release date should be landing soon, based on the bug fix-focused snapshots and the increasing communication about the update.

I am always welcome to new blocks 8D

Holy Moly!! All those blocks in one place!!