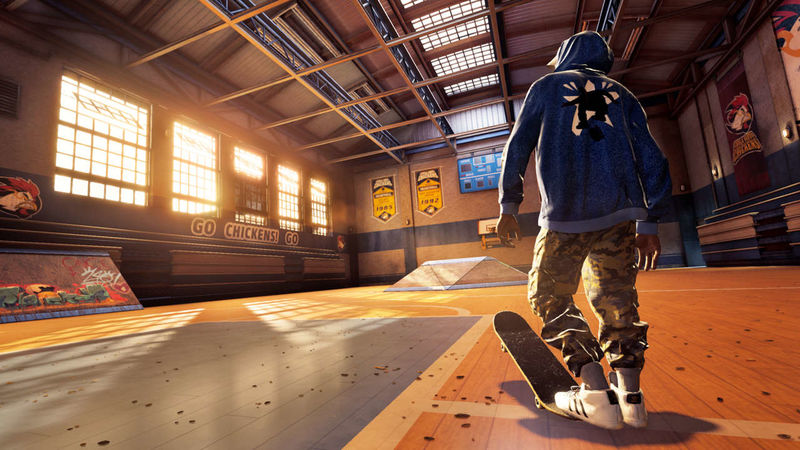 3.8
Following Activision's success last year with the release of Tony Hawk's Pro Skater 1 and 2, it looks like the video game publisher could be planning to do even more with the iconic skating franchise moving forward. While Activision itself hasn't announced anything formal related to a new installment in the long-running series, it looks as though a new THPS game has been revealed in a rather strange manner.

According to Jess Margera, who is a drummer in the band CKY, a track from the group is slated to appear in a "new" Tony Hawk's Pro Skater title. Speaking on the Behind Closed Doors podcast, Margera was asked about if CKY has ever had its music featured in the skating video game series. "Yeah, and I believe we’re doing the new one coming out too," Margera said in response to the question.

While it could be assumed that Margera might just be referring to Tony Hawk's Pro Skater 1 and 2, the rock drummer seemed to specify that he was talking about another game entirely. Later on in the interview, Margera acknowledged that his son recently acquired a PlayStation 5 and specifically noted that he also picked up THPS 1 and 2. As such, it's clear that this "new" title Margera is mentioning isn't that of the recent remaster.

When it comes to what a new game in the series could result in, there are a few possibilities. One such option is that Activision could continue the franchise with a wholly new game. Given how poorly this worked out with Tony Hawk's Pro Skater 5, however, this option seems less likely. Instead, the publisher could choose to keep remastering older installments in the franchise. Not only does this make the most sense from the perspective of what fans might want, but it also makes sense when taking into account Margera and his band. CKY actually last appeared in a THPS game back in 2001 with the release of Tony Hawk's Pro Skater 3. If they are involved in an upcoming title, that could just be because the next game might be a remaster of THPS 3.

I think they just need to do another collection of games, maybe do underground and American wasteland etc

Never played any of the skateboard games, but glad they're still releasing them

We need skate 4
Thps ain't it