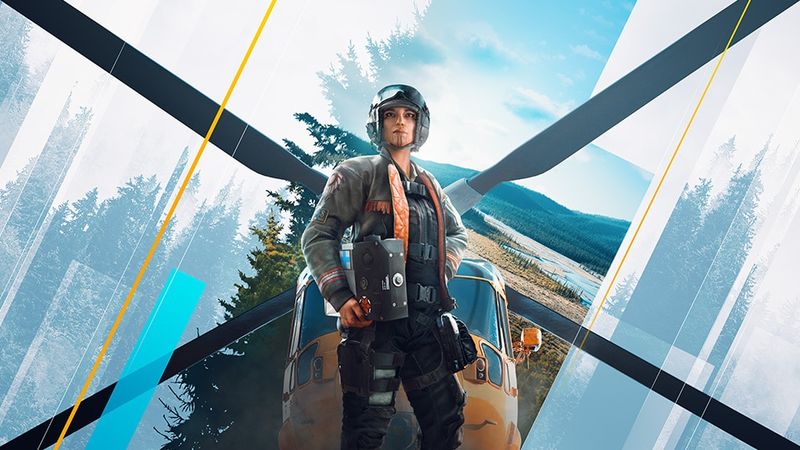 3.8
Ubisoft revealed a new Rainbow Six Siege Operator this week by unveiling Thunderbird, an Operator releasing as part of the new North Star Operation. The Operator’s full name is Mina “Thunderbird” Sky, and Ubisoft shared some teasers about her abilities alongside some background info on the character. A full reveal of Thunderbird and the North Star Operation is slated to take place on May 27th during a live stream where we’ll learn more.

The trailer below from Ubisoft gave us our first official look at Thunderbird, though those who pay attention to leaks will have undoubtedly seen the character already. We haven’t seen her full kit yet, however, so that’ll be something to look forward to on May 23rd.

Preparation, speed, precision. That's how she flies. Tune in Sunday, May 23 for the full reveal LIVE on https://t.co/q7A3z2vvlE. pic.twitter.com/hIdeKETEuE

“Thunderbird is nothing if not resourceful,” Nomad’s accounts of Thunderbird said. “I’ve seen her splint a broken bone with two sticks and a shoelace. But in our line of work we don’t always have time to tie shoelaces, let alone search for sticks. Her healing tech has come a long way since I first saw it. What impresses me most is the distribution method. She can’t be everywhere at once so I’m grateful to have another medic on the field, we can use as many friends as we can get. Sometimes a comforting presence while you heal is just as important as keeping you alive, luckily, she excels at both.”

Oh, I like it already. Good addition to the game