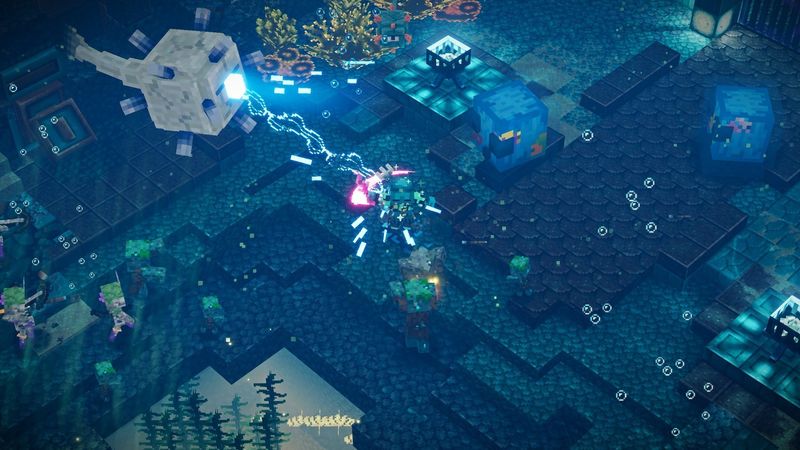 3.8
Two weeks ago Minecraft has announced that Minecraft Dungeons is getting a new DLC called Hidden Depths, where you’ll be taken to the deepest depths of the ocean.

The DLC is set to launch on May 26th alongside a free update which will bolster the already impressive roster of content available in the base game.

Now some evidence that the release is near has leaked, as ALumia has managed to find some screenshots of the game in the Microsoft Store.

Being an ocean-based DLC, we can expect some of Minecraft’s water-based mobs to make an appearance. Already in the released image for the DLC, we can see the drowned and guardian enemies, as well as a coral-covered skeleton beside a few neutral underwater mobs.

On the free side of the update, there will be the usual assortment of new enchantments and levels, with the big new feature being Raid Captains. These enemies will be “super challenging” according to the news post and will require you to “change the way you play the game.”

Preorders for the DLC don’t appear to be up just yet, but you should be able to get your hands on the Minecraft Dungeons Hidden Depths DLC through the Season Pass, which also includes previous DLCs Howling Peaks and Flames of the Nether.