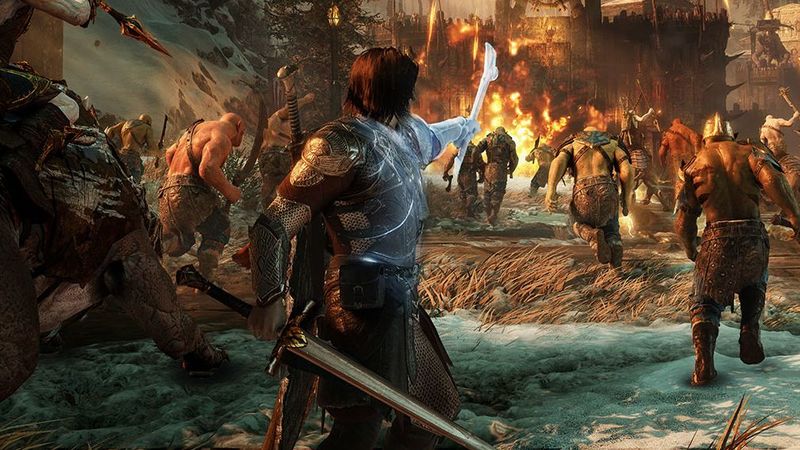 4
EA is forming a new studio headed up by ex-Monolith VP Kevin Stephens and dedicated to creating open-world action-adventure games.

Stephens oversaw Monolith during production on Middle-earth: Shadow of Mordor and Middle-earth: Shadow of War. The Seattle-based studio he's now leading is working on a new game designed to expand EA's presence in the open-world adventure space, but the publisher won't say whether it's part of an existing franchise or a brand new IP.

As part of the deal, Stephens will reunite with EA senior VP and former Monolith president Samantha Ryan. In an interview GamesIndustry.biz, Ryan suggested a new Star Wars game could be one of the studio's projects.

"The action-adventure space is a hugely important genre in our industry, and to us at EA," Ryan said. "Players and fans of those games are so passionate and it's also one of my personal favorite genres. We've also recently had success with Star Wars Jedi: Fallen Order, and we would love to entertain more fans with similar interests.

"Personally, I always love supporting my teams to reach new players, whether that was an effort like Motive's Star Wars: Squadrons, which was a hit with players... or the work BioWare did recently on the Mass Effect Legendary Edition which has been a fan favorite and seen critical success... but we hope also brings in new folks to what was one of the most historically significant series in the genre's history. Both of those efforts expand our ability to reach these players."

No other details are available just yet, but the plan right now is for EA to reveal more in the fall.

Great news for those who play this

Not a fan of these types of these games, But this is really good.