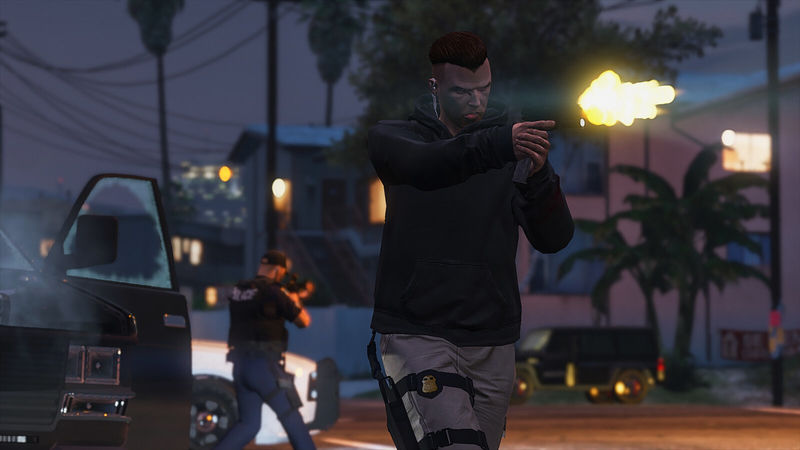 4.5
Rockstar Games announced on Tuesday the release date for the PlayStation 5 and Xbox Series X|S version of Grand Theft Auto V. The enhanced version of the game that’s been in the works for a while now will launch on the newest platforms starting on November 11th. Rockstar also confirmed that it’ll have bonuses for players as we get closer to the launch of the next-gen version similar to how the game’s been giving PlayStation 4 owners free money each month.

GTA V getting upgraded means that GTA Online will of course get its upgrades too, that mode being the more popular online environment that players return to each week for new incentives, activities, and more. Benefits during the summer will be extended to all players with special events planned around the anniversary of GTA III which released in October 2001.

And car culture is back on the streets in a big way later this summer, with a new place to meet up and test rides, new stolen vehicles to acquire, and more.https://t.co/4pgBWLh3xv pic.twitter.com/2DJ9SWrHMs


“The expanded and enhanced versions of Grand Theft Auto V and Grand Theft Auto Online are arriving on PlayStation 5 and Xbox Series X|S with new features and more, on November 11th, 2021,” Rockstar Games said. “As an added bonus — this summer's updates to GTA Online will include special benefits for players to take advantage of in these expanded and enhanced versions when they drop. Plus, in honor of the upcoming 20th anniversary of the genre defining Grand Theft Auto III, we’ll have even more fun surprises to share — including some specifically for GTA Online players.”

GTA Online players on the PlayStation 4 have been benefiting from exclusive bonuses ever since the next-gen versions of the game were announced, and it looks like those bonuses aren’t going away even with the launch of the new versions. Those players will continue to get money until the next-gen versions launch, and they’ll also be able to play the online GTA game for free for the first three months if they’ve got a PlayStation 5.

Great news for the GTA players