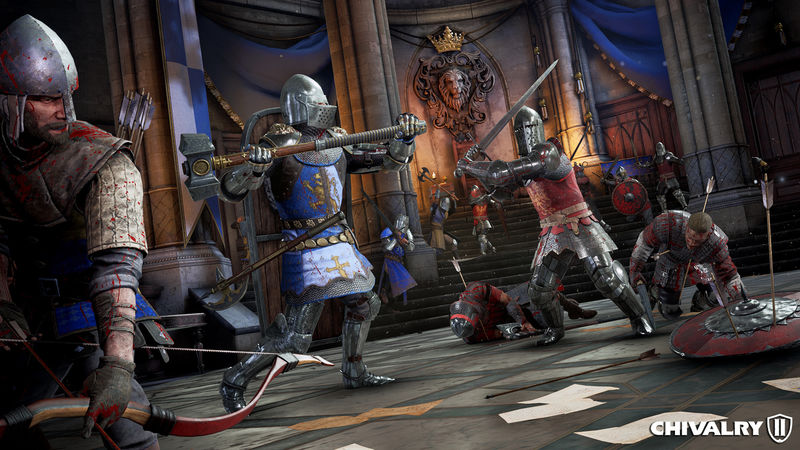 4
Torn Banner Studios is hosting a cross-play open beta for upcoming multiplayer first-person slasher Chivalry 2 in May, following on from the success of the closed beta in April.

If you’ve got a hankering for 64-player mass-scale combat, the ability to bash in skulls and sever limbs with an expanded arsenal of medieval weapons, and the freedom to choose from four base classes and 12 subclasses, we’ve got some good news for you.

Tripwire and Torn Banner are throwing open the proverbial castle gates to anyone that wants to play the intriguing multiplayer title from 8am PT, 11am ET, 4pm UK on Thursday, May 27 and and plan to keep them open until Tuesday, June 1.

If you pick up the game and try it out in the open beta, you’ll be able to play The Slaughter of Coxwell, The Siege of Rudhelm and The Battle of Darkforest (each of them are new Team Objective maps), or head to The Battle of Wardenglade or the Tournament Grounds (both new Team Deathmatch/FFA Maps).

Speaking of FFA, the Free-For-All is a new game mode introduced for this test. “It’s you versus everyone else in this chaotic free-for-all frenzy appearing for the first time in the Cross-Play Open Beta,” said the developer.

The open beta will also let you enjoy full customization for the first time, and if you’re playing on PC, you can head to the Duel Servers to get a bit of practice in before you engage in full-scale war. “Players can choose to enter special servers set up for players looking to hone their 1-on-1 dueling skills with other players. Participants are asked to abide by the honor system and respect players aiming to focus on 1-on-1 duels,” the developer explained in a press release.

PlayStation users will be able to access the open beta for free, without a PlayStation Plus subscription. Xbox users, however, will require an Xbox Live Gold subscription to try the game.

Chivalry 2 will release globally on June 8 with cross-play support for PC, PS4, PS5, Xbox One, and Xbox Series X/S.

Good news for the players there's going to be cross-play