Call Of Duty: Warzone Player Gets Banned In Real Time During Stream 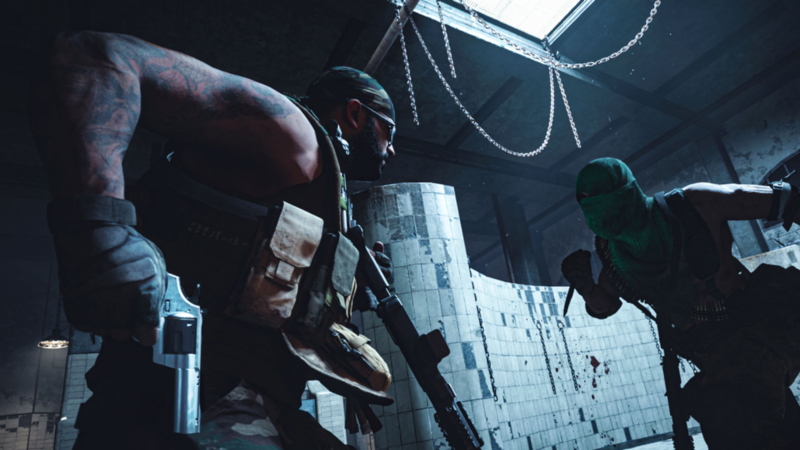 4.4
Cheaters have been a big problem in Call of Duty: Warzone lately, as the battle royale has a number of hackers running exploits that allow them to auto-aim and ruin the fun for everyone else. YouTuber Jack "CouRage" Dunlop has faced off against cheaters, and in one recent stream alongside other Warzone streaming personalities NICKMERCS, TimTheTatman, and Cloakzy, the quartet managed to attract some hackers to the game. It did not go well for the hackers.

Using his influence in the Warzone scene, Dunlop tweeted Activision and Warzone developer Raven Software to take action against the players who were blatantly cheating.

"Hey Activision and Raven Software, I think it would be extremely beneficial to have someone watch our live-streams and ban blatant cheaters on the spot," Dunlop tweeted. Currently, there are two cheaters joining our lobbies and ruining our Warzone experience with about 150,000 live viewers watching."

I think it would be extremely beneficial to have someone watch our livestreams and ban blatant cheaters on the spot.

Currently, there are two cheaters joining our lobbies and ruining our Warzone experience with about 150,000 live viewers watching


A few hours later, Raven banned a player who had obviously been cheating, much to the joy of Dunlop and TimTheTatman who were spectating at the time. There some not safe for work language in the video below, which you can see below.

It seems like Raven Software just live banned someone that @Timthetatman, @CourageJD, & @Cloakzy were spectating in Warzone. pic.twitter.com/HrYbDaGKRI


While the situation spawned some debate about high-profile influencers in Warzone being afforded better treatment by the developers, the end-result was the game having at least one fewer hacker to worry about. While cheating will likely be a continuous issue for Warzone--especially since it has 100 million players--Activision has been making an effort to police the game's servers. The company has already permanently banned more than 475,000 accounts, and it has plans for more anti-cheating measures to be taken.

For those players who rely on skill over hacks, Warzone is about to become a whole lot more explosive when the game's new '80s Action Hero DLC launches on May 20. Die Hard and Rambo content is coming to the game, which is part of, which is part of Activision's new plan to build its own Metaverse.

"Call Of Duty: Warzone Player Gets Banned In Real Time During Stream" :: Login/Create an Account :: 3 comments

100 million players ? No 100 million registered accounts to play. A lot will have multiple accounts for sake of it.

More likely his internet connection went offline by his mum had enough of him playing for hours,
or his ISP had done an update on his router/modem just at that moment