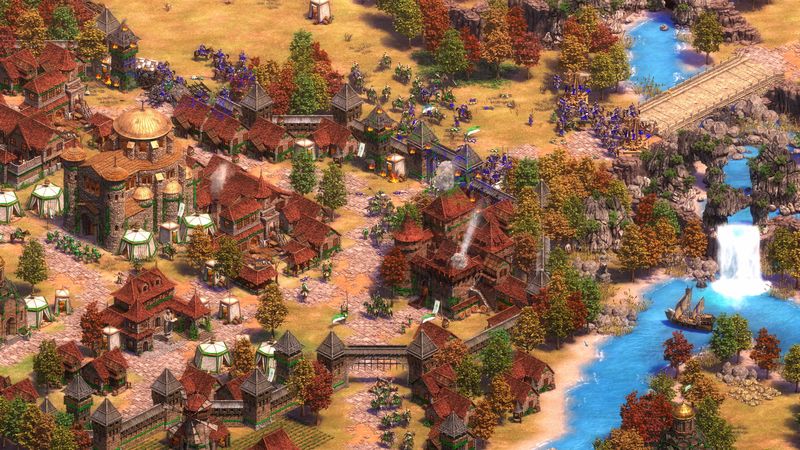 4.3
While we wait for more news regarding Age of Empires 4, the current Age of Empires entries are still receiving decent amounts of love and attention from World’s Edge and the stable of developers it has working on them. Some of this support comes from new DLC, but the competitive scene is still a major part of the present Age of Empires community and gets just as much care.

Microsoft has announced a key change coming to Age of Empires 2: DE’s ranked environment, namely that deathmatch mode is out, and Empire Wars is in. Empire Wars was introduced at the start of 2020 as a new fast-paced game mode where you begin straight in the Feudal Age. You have a small town already pre-built and 27 villagers to instantly send out into the wilderness.

Will McCahill, the series’ business and data team lead at Microsoft, went into more detail regarding this change in an official blog post. To summarise, the community has long been asking for a shorter game mode for competitive play, and AOE2 now has several options. Empire Wars represents the one that’s growing in popularity the quickest. It’s a mode exclusive to Age of Empires II: Definitive Edition and can be played on all maps, although starting conditions vary depending on the map you’re playing.

McCahill stresses that this is a test, and not a decision they’ve taken lightly. Empire Wars is also not going to replace Random Map anytime soon either. Generally, the team has noticed that deathmatch queue times and ELO gaps are getting worse, so the consensus is that something is needed to keep the scene healthy and avoid putting off new players.

Deathmatch will be removed in an upcoming patch, although no timeframe has been given as to when that patch will drop. Technically speaking it’s not even been confirmed if the change will happen in the next patch or just some future update.

Good to see this happening.

Glad to hear it. That deathmatch mode was so annoying