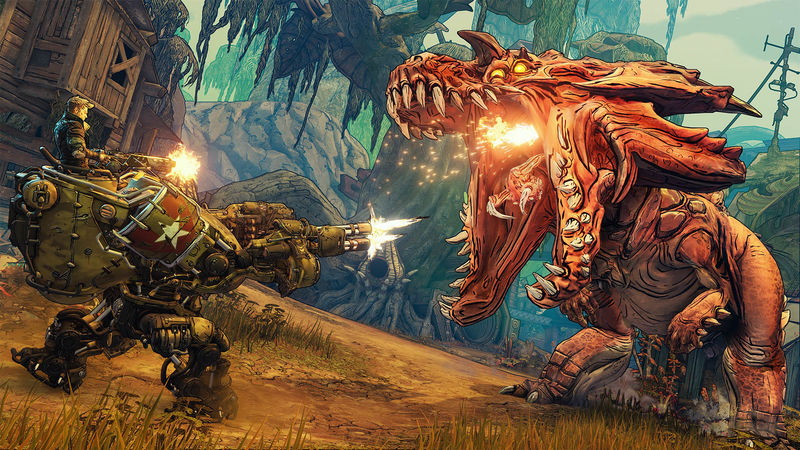 4
Gearbox CEO Randy Pitchford has responded to rumors that the studio is co-developing a new Borderlands game with another studio. He said directly that these rumors are false. Pitchford went on to say that Gearbox would be the lead developer of any future Borderlands game, and there would be no co-development.

"I am told of rumors that Gearbox is 'assisting' or 'co-developing' another Borderlands game (or a new spin-off game). These rumors are NOT accurate. Gearbox is lead dev of any future games in the Borderlands franchise (or any Borderlands adjacent games) with no co-development," he said on Twitter.

Gamereactor reported recently that a new Borderlands game is "much closer than you think." The site said it's not a numbered entry but rather potentially a spin-off. Reporter Jeff Grubb also mentioned that a Borderlands spin-off is coming, with Gearbox contributing to its development in some capacity. Grubb mentioned this as part of the announcement that Gearbox will attend E3 2021.

Pitchford went on to say that Gearbox is "definitely working on some amazing stuff" that he believes will "surprise and delight you."

Pitchford also shared a link to Gearbox's careers page, teasing that people can apply to work at Gearbox to work on "the big one."

"If anyone out there has Skills-To-Pay-Bills and wants to get in on some Borderlands action, we're working on the big one :)" he said.

A job ad for a lead mission designer says the successful candidate will work on a "future Gearbox project" that has "Borderlands-style missions." This new project will be an "online co-op" game, but no other details were made available.

Gearbox, which was recently acquired by Embracer Group, has said it has new IP in the works that it plans to announced at some point. Fans have also been calling for Gearbox to return to its Brothers in Arms series, which is something the studio wants to do.

Gearbox's headquarters is in Frisco, Texas, but the company also has an office in Quebec. In total, Gearbox has more than 500 employees.

Borderlands 3 is the latest entry in the numbered series, having released in 2019. A movie is currently being filming in Budapest with a long list of big names set to star in it.

Make the rumors true. Spin-offs can be good for it