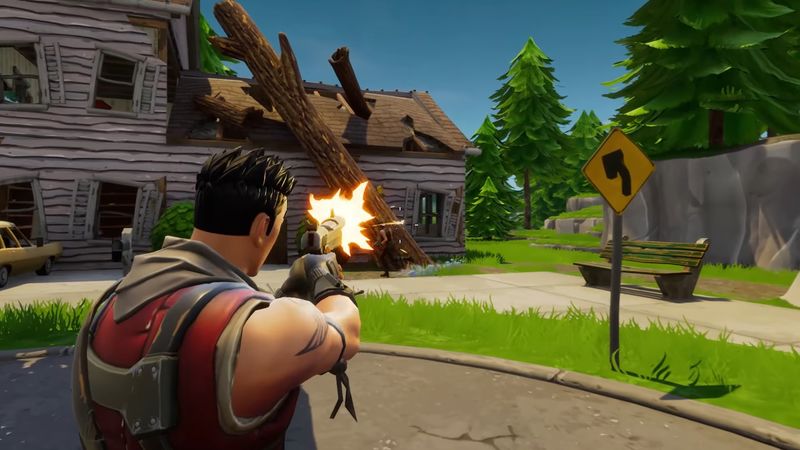 4.2
Epic Games appears to be gearing up for some sort of Fortnite festivities centered around the Star Wars franchise if some recent leaks are to be believed. Players and dataminers scoured the game’s files after the most recent update and found a couple of references or changes in there that indicated that we’d see Star Wars content highlighted in the game again soon. No release date has been given for this content yet nor has it been officially confirmed, but considering the time of the year, it’s not hard to guess when we might see Star Wars take over Fortnite, or at least take over the Item Shop.

May 4th, the Star Wars holiday that takes place at the same time every year as a play on “May the Force be with you,” is coming up soon. If you’re looking for a potential date for Star Wars stuff to come to Fortnite, you don’t have to look think much harder about the matter beyond knowing that May 4th is under a week away now. Even if players had suspicions of another Star Wars content drop in Fortnite before the leaks, the results of the datamining efforts shown below make the May 4th event seem inevitable.

The star wars cosmetics were modified in the latest update of fortnite. This COULD mean they will be returning it soon or at least planning to re-release it in the future. pic.twitter.com/uiEEEa1Zrx


While we can assume we’ll see some Star Wars content in Fortnite on or around that day, we don’t know what the extent of the plans will be. The “event” could consist entirely of skins and other cosmetics being brought back to the Item Shop for players to purchase. That wouldn’t be quite as impressive as an all out event, but there also aren’t any Star Wars projects coming up in the immediate future to coincide with the May 4th date, so it makes sense we’d see a lite event of some sort.

We can also look at last year’s May 4th celebrations as an indication of what’s to come. Last year, Epic Games brought lightsabers back to the island for players to wield in matches for a limited time. Four different lightsabers, one each for Luke Skywalker, Mace Windu, Rey, and Kylo Ren, were brought back after being added in the first season of Chapter 2. Cosmetics also returned to the Item Shop last year, too. We’ve gotten new content from The Mandalorian in Fortnite since all that happened, so it’s likely that’ll make an appearance as well.

Fortnite’s May 4th event only lasted for one day last year, so we’ll anticipate this one will have a short window of availability as well.