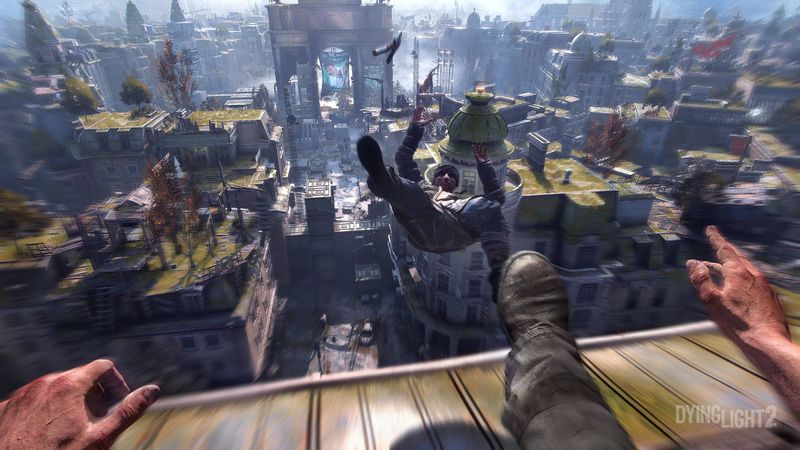 4.2
A new trademark associated with Dying Light 2 has appeared which might indicate that the game could be receiving a name change. Although the change in title wouldn't be a drastic one -- it would simply add on a new subtitle -- it still shows that developer and publisher Techland might have something new to say about the highly-anticipated sequel quite soon.

In a new filing found on the United States Patent and Trademark Office website, it looks as though Techland has submitted a new trademark for the title Dying Light 2: Stay Human. The application is seemingly still in the application process and was only filed a few days ago on April 23. Further details of what this trademark could be for specifically weren't given, but logic tells us that this could be the new name of the sequel. Although Dying Light 2 has simply been known as that and nothing more since it was announced back in 2018, perhaps Techland feels as though a subtitle brings something more to the game.

That being said, this trademark could be related to something else entirely. Techland is a company that has iterated quite a bit on the original Dying Light, and this trademark could be associated with some sort of spin-off of Dying Light 2 instead. For instance, a few years ago the studio decided to create a battle royale game set in its zombified universe in what it called Dying Light: Bad Blood. Perhaps this "Stay Human" moniker is in reference to a new spin-off project associated with Dying Light 2 in this same manner.

Regardless of what the truth is, it seems as though Techland is gearing up to share a whole lot more about Dying Light 2 as the year progresses. At the moment, all we know for certain is that the game is planned to release on Xbox One, Xbox Series X, PlayStation 4, PlayStation 5, and PC. Techland is also targeting a release in 2021, but that window could easily slip due to complications from the pandemic.