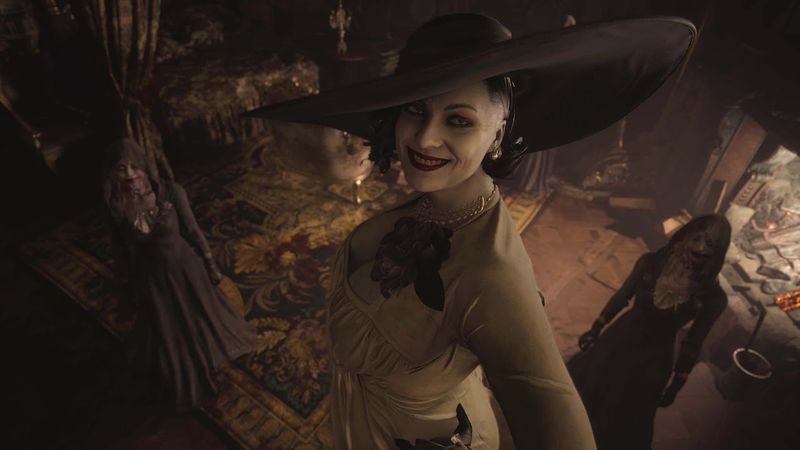 3.3
Resident Evil Village sees the return of one of the most popular figures in the series that first appeared in Resident Evil 4 -- the merchant. Although the merchant in Village is not the exact same one that we saw back in RE4, it seems like the two chaps might be acquainted with one another at the very least thanks to a new piece of dialogue that was found in the upcoming installment.

Resident Evil Village's merchant is known simply as The Duke. If you're ever in need of health, ammo, or any other assortment of items, he'll be the go-to person that you'll visit within the game. When you end up doing this, it looks as though one of the default voice lines that The Duke features includes a reference to the merchant from Resident Evil 4. If you go to buy something from The Duke, one of his lines will be that of, "What're ya buyin?" This is the same piece of dialogue that the merchant from RE4 would say every time you looked to buy something off of him.

What makes the reference even funnier is that The Duke goes on to allude that he picked up that exact line from the Resident Evil 4 merchant specifically. "Haha, just something an old friend of mine used to say," The Duke explains. Clearly, within the world of Resident Evil, anyone who owns a shop in a spooky part of the world is pals with one another.

Although this reference is cool to see on its own, it's very likely that the Resident Evil 4 callbacks in Village won't end here. Based on everything that we have seen so far, the two entries in the series seem to have a lot in common with one another. Not only does each take place in environments that are rather similar, but they even might even feature boss fights that are somewhat akin to one another.

Luckily, we don't have to wait a whole lot longer to see everything that Resident Evil Village will have in store. The latest entry in the series is set to arrive on May 7 and will release across PlayStation 4, PlayStation 5, Xbox One, Xbox Series X, and PC platforms.

The time is getting more and more closer for release. Love the merchant and Lady D so far.