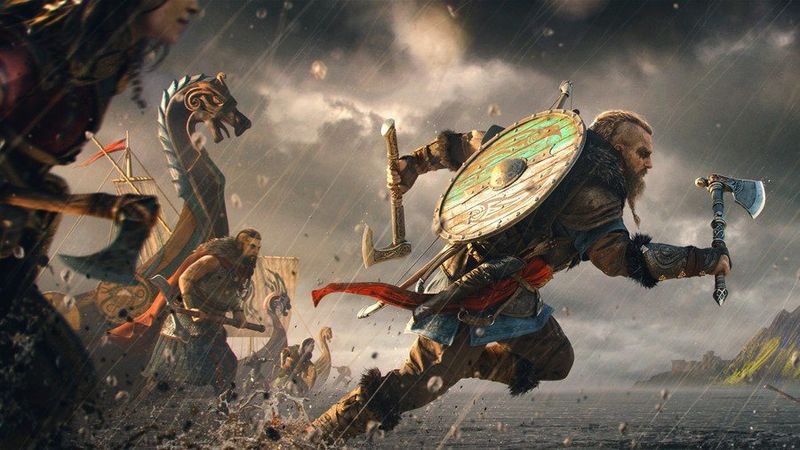 Scheduled for release on April 27 at 5am PT / 8am ET / 1pm BST, title update 1.2.1 will add three new skills, an option to toggle the cinematic camera on/off during finisher moves, and fixes for various progression blockers, among other features (see the full patch notes below).

Weighing in at 16GB on Xbox Series X/S, 12.8GB on Xbox One, 5.5GB on PS5, 5-8GB depending on region on PS4, and 14GB on PC, the delayed update will also add support for the game’s first major expansion, Wrath of the Druids, which will require a separate download when it launches on May 13.

Ubisoft recently confirmed that future Assassin’s Creed Valhalla title updates will be released less frequently in a bid to improve their quality.

The company said it was moving from a four-week to a five-week title update release cycle “to allow for more thorough testing and refinement” following the release of some disappointing patches.

“Our community is at the heart of everything we do, and we always strive to provide you with great experiences,” Ubisoft wrote. “That said, we recognize that some of our recent title updates may not have met your expectations or been up to our standards.”

Ubisoft also recently shared its Assassin’s Creed Valhalla title update roadmap “for the foreseeable future” and provided some insight into how updates are created and delivered.

Title update 1.2.2 and a free game mode are scheduled to arrive in “late spring,” ahead of the game’s second expansion, The Siege of Paris.