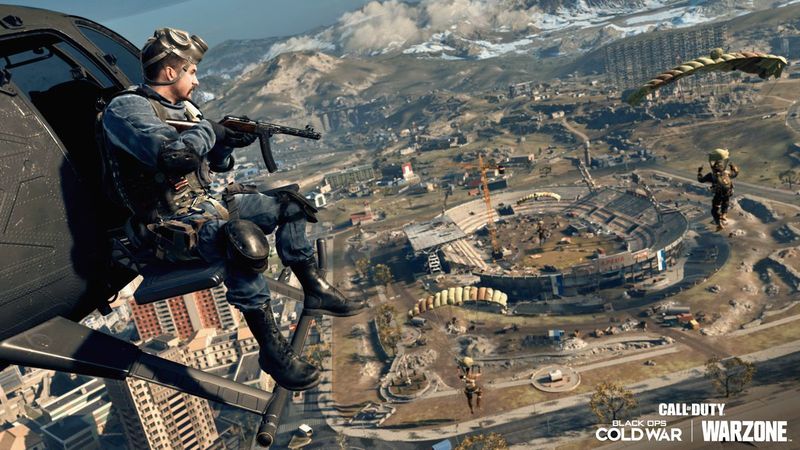 4
Call of Duty: Warzone has been a massive success for Activision, but the road hasn't been entirely smooth. Like other popular multiplayer games, Warzone is experiencing a rush of cheaters who are trying to game the system to their advantage. Raven Software's Amos Hodge has now responded to this, saying he's "upset that it's ruining some of the best work that I've done in my life."

"Cheating is handled by our security team," Hodge told VGC. "But what I will say is that we have reporting tools, we ban a ton of people and no one hates the cheaters more than we do. We make this content for the players and while you're upset that it ruined your game, I'm upset that it's ruining some of the best work that I've done in my life."

Hodge went on to say: "We put our hearts into this content, we have 100 million players, it's been out a year, this is a huge stage and some of the best work we've ever done, and to have cheaters come in and ruin the game bothers us more than anyone. I know the security team are on top of it and they're continually going to make updates."

Activision hasn't been standing by idling and letting cheaters run rampant--the company has already permanently banned more than 475,000 accounts. Not only that, but the publisher has outlined the specific measures it's taking to remain proactive in keeping cheaters at bay.

With 100 million players, Warzone is one of the biggest games on Earth and cheating will likely always be an issue given the size and scale of the game.

Warzone recently changed in a big way with the introduction of Season 3 and a new map, Verdansk '84, which takes players back in time to 1984. The new map has several new points of interest and new loot, while there is a special narrative event called Hunt for Adler. For lots more on Verdansk '84, check out GameSpot's overview video above. You can also check out the Season 3 patch notes.

maybe have a good anti cheat like vac, which bans all known cheats, hell as crappy as battle eye is thats a better one, plus if cheaters are ruining your work maybe you as a dev should make the files locked so they cant be replaced so easily, take windows files for granted you can really **** up your os if you try to modify those files, its not hard to make files locked, ie everytime you boot up the game the modified file gets over writen with the normal file aka replaced with its original one, this isnt hard to god damn code.

that said make warzone pay to play again and youll kill about 70% of cheaters, or have an active admins watch every game server, or better yet give us a damn server browser so server owners can ban cheaters(this one would be 100% better then anything i mentioned minus the locking files).

when will triple a devs give us what we want as pc and console gamers, if dice can give console and pc server browsers in all the bf games why not activison devs.

everyone knows epics easy cheat is a garbage anti cheat, just do what epic does sue every single cheater, and cheat maker. and its called easy cheat not easy anti cheat because its not a real good anti cheat

You're the largest FPS game in the world, bite the bullet and give BattlEye 5% of your sales (pretty sure that's their fee correct me if I'm wrong)

And you will eliminate 70% of cheats/cheaters.

Many current cheat devs couldn't keep up, and the ones that could would charge a premium meaning the price of the good cheats goes up, less people can afford it, therefore less cheaters.

It's 100% about money, they could protect the "best work they've done" in their lives by giving up a bit of profit. They won't.

then why don't they make or a better AC or buy a decent 3rd party one..