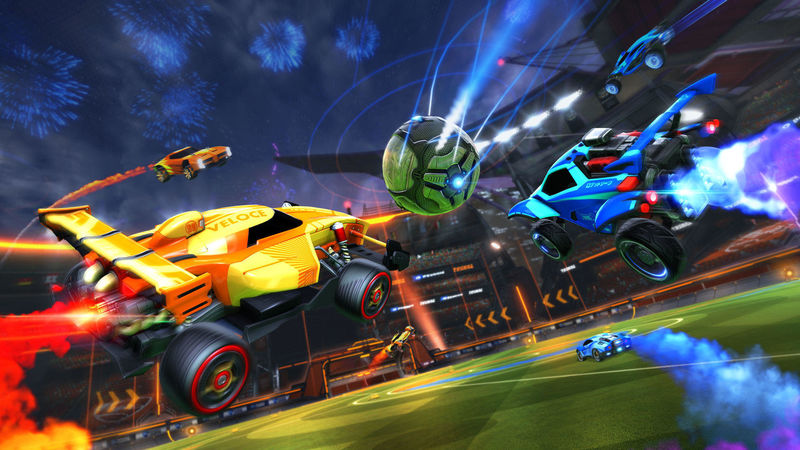 4.2
On April 21st, the Lamborghini Huracan STO Bundle will arrive in the Rocket League Item Shop. Players will have the opportunity to obtain the Italian sports car in the game alongside two sets of STO wheels, a Huracan STO Player Banner, two antennas, and an STO decal. The bundle will cost 2000 credits, and will only be available through April 27th. Those without the credits to spend will be happy to know that a free Lamborghini Player Banner will be available in the game, as well. It should be the perfect way for players to celebrate Rocket League's latest arrival!

A trailer for the Lamborghini Huracan STO in Rocket League can be found in the tweet embedded below.


The vehicle will join the game just in time for the start of the Rocket League Championship Series x Lamborghini Open, set to take place April 23rd through the 25th. This will mark the Spring Split's final North American RLCS Regional Tournament. Fans that watch the event on Twitch will also be treated to the Battle of the Bulls event. The Battle of the Bulls is comprised of "five 1v1 matchups between high-profile names in the Rocket League Community." Winners from each match will receive $5000, while losers will receive $1000. Competitors have not been announced as of this writing, but will be revealed in the lead-up to this weekend's event.

All in all, it seems like Rocket League fans should have a lot to look forward to this week! The Lamborghini Huracan STO looks like a gorgeous addition to the game, and it's one that car buffs should be happy to see added. It might not be quite as nice as owning the real thing, but it just might be the next best thing! Soon, Rocket League players will have the chance to judge for themselves.