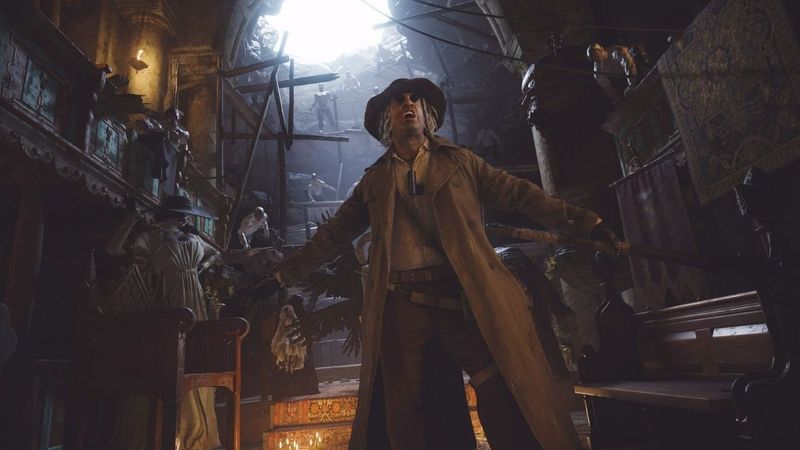 3.3
Capcom have made it abundantly clear that Resident Evil Village’s titular setting is going to play an integral role in the game in more ways than one- which was kind of obvious anyway, considering the game’s name. From its gothic art style to its Resident Evil 4-inspired atmosphere to its larger and more vertical environments than anything the series has seen in the past, the nameless village is shaping up to be a memorable location. In a new gameplay video uploaded by Game Informer (who’ve been sharing plenty of new Resident Evil Village details of late), that village is put squarely in the spotlight.

The snowy outdoor environments of the village and the creepy, dimly lit interiors of its ramshackle buildings and structures are shown off in equal measure in the video, and even in the little that’s shown here, it’s looking quite good. Meanwhile, plenty of combat is also shown, especially against the werewolf-life Lycans, and there’s enough gore and blood and bits to go around for all Resident Evil fans here. Take a look below.

Only a few weeks left hype is real.