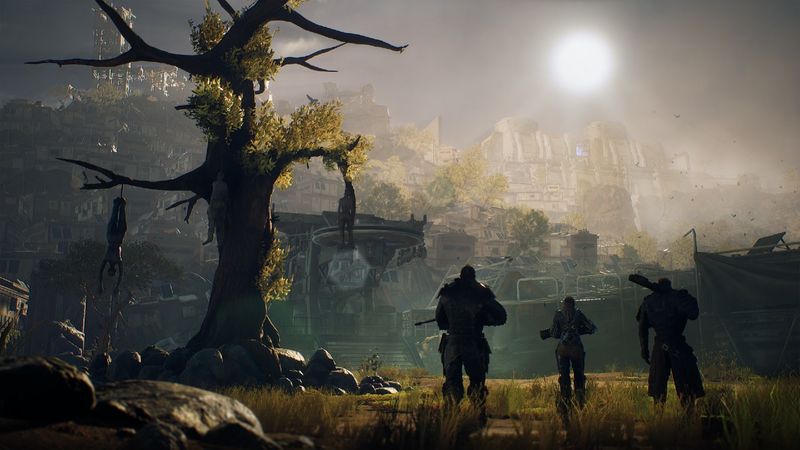 4.3
The Outriders Game Pass situation is unfortunately a little more complicated than it should be, but worry not. The phrase "Game Pass Unlimited" is thrown around a lot in relation to Outriders but due to platform limitations we'll get onto below, Outriders on Game Pass is anything but "unlimited". Here are all the details for Outriders Game Pass PC, Xbox, and Android.

In the original Xbox announcement post, Microsoft stated that:

"Outriders will be available on Console and Android phones and tablets via Xbox Cloud Gaming (Beta) with Xbox Game Pass on day one!"

"Starting April 1 (not an April Fool’s joke, I assure you), Xbox Game Pass for Console and Xbox Game Pass Ultimate members can jump into this true genre-hybrid from Square Enix, which combines brutal combat with deep RPG systems."

Now, the phrase Xbox Game Pass Ultimate is the service that includes Game Pass titles available across PC and console. However, in a Twitter post after the announcement, the official Xbox Game Pass account clarified that "Outriders will only be available on console and cloud (beta) on April 1".

Hi, to clarify Outriders will only be available on Console and Cloud (Beta) on April 1


So yes, Outriders is not on Game Pass on PC, so if you're wondering why it's not appearing on your PC Xbox app, that's why.

The wording of that tweet does make us slightly hopeful that this may change down the line, but there's no official confirmation of Outriders Game Pass availability extending beyond its current platforms yet.