Call of Duty: Warzone Update Nerfs Two of the Most Popular Weapons 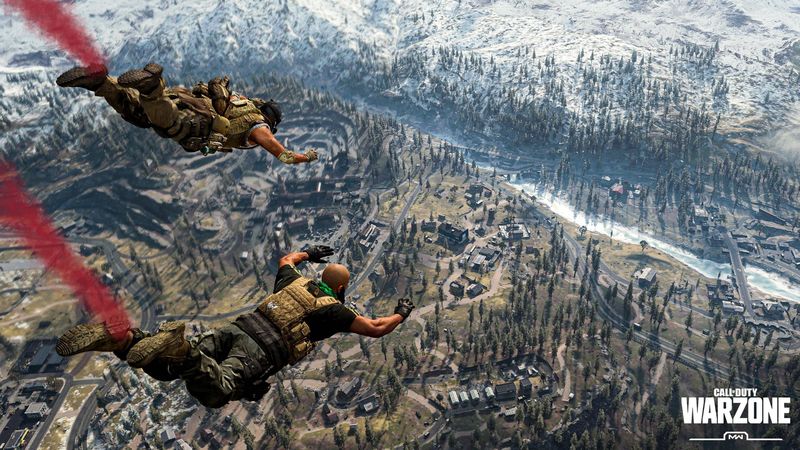 3.5
At last, Call of Duty: Warzone is bringing a much-needed update to players around the globe. Warzone players have had several complaints since the arrival of Season 2 Reloaded, mainly in regards to a couple of weapons from Call of Duty: Black Ops Cold War. The Tactical Rifle Charlie (aka, the AUG) and FFAR 1 have been absolute powerhouse weapons in Warzone. It has left a lot of folks who don't have Black Ops Cold War feeling like they were at a disadvantage, given the power and accuracy of those two weapons compared to everything else in the game. Thankfully, a new patch from Raven Software has fixed that problem.

On Tuesday, Warzone rolled out a new update that, among other things, nerfs both the AUG and FFAR. The Tactical Rifle Charlie has had its recoil increased while the FFAR sees its speed decreased. Both changes should see significant losses in power for both weapons going forward.

You can take a look at the full patch notes below.

GENERAL
The Camo Challenges for the “R1 Shadowhunter” now appear correctly for the Geometric, Flora, and Science Camo Categories.

WEAPONS
Cold War Tactical Rifle Charlie
Recoil strength has been increased.
Burst weapons ride a fine line between inefficient and oppressive. The intent of this change is to maintain the weapon’s identity of being a powerhouse while making it a bit more difficult to wield. Right now we feel it is too easy to stay on target given how lethal it is. We will continue to monitor the performance of the Tactical Rifle Charlie and make additional changes if necessary.

FFAR 1
ADS speed has been decreased.
The FFAR is a jack of all trades. It has the damage profile and range of an AR as well as the fire rate of an SMG. The FFAR’s wholesale efficacy has it edging out SMGs at ranges we’re not satisfied with. Ideally, the FFAR fulfills the role of a mid-range dominator while falling prey to weapons that excel in short-range engagements. We are bringing the FFAR a bit more in line with what you might expect from an AR—damage and range at the cost of handling.

What do you think of the latest update for Call of Duty: Warzone? Will this fix the issues facing players? Let us know in the comments!

"Call of Duty: Warzone Update Nerfs Two of the Most Popular Weapons" :: Login/Create an Account :: 0 comments