Call of Duty: Warzone's Stim Glitch Is Apparently Back Again 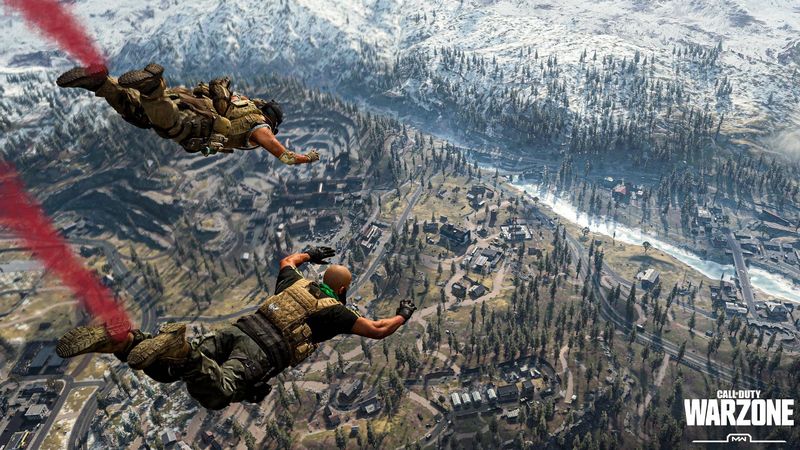 3.8
Call of Duty: Warzone players have plenty of new content to take part in now that the Season Two Reloaded release is live now, but it looks like one unfortunate part of Warzone has also returned: The stim glitch. This infamous exploit has been done away with numerous times and still manages to come back again, and it looks like it’s done exactly that once more following the release of the latest update. Evidence of the exploit spoiling games has already been shared online by players who’ve lost games because of it.

Clips of Warzone players succumbing to the stim exploit have already been shared online to show that the glitch appears to indeed be back again. Videos like the one below and others (via PCGamesN) show players in the final moments of a Warzone match when the gas closes in and things usually become quite hectic as players rush to take down whoever’s left. Instead, these clips show teams getting eliminated by the gas while their opponents are nowhere to be seen which can only mean that the remaining players are off using the stim exploit somewhere to keep themselves alive.

14 Kill Game and I Lost to a stim glitch cause it's back!!! @Activision Fix your game?!! pic.twitter.com/lyYd50t2rV


Back whenever Season Two released, it was thought that Warzone players wouldn’t have to deal with the stim exploit any longer. A change was made so that the gas would deal more damage over time to players who stay outside of the boundaries of a Warzone match as a way to punish those who use the exploit. That’s all well and good, but when it comes down to two different teams trying to survive in the gas, it makes sense that the one using the exploit would stay alive for a longer time since they’re all taking more damage over time.

As was indicated previously, the stim exploit has resurfaced and been “fixed” plenty of times already, so there’s no telling what brought it back this time nor is there any way of knowing when it’ll be fixed. It thankfully doesn’t stick around for too long after it comes back now that it’s a known tactic in Warzone, so it likely won’t be too long until it’s taken care of in a future Warzone update.