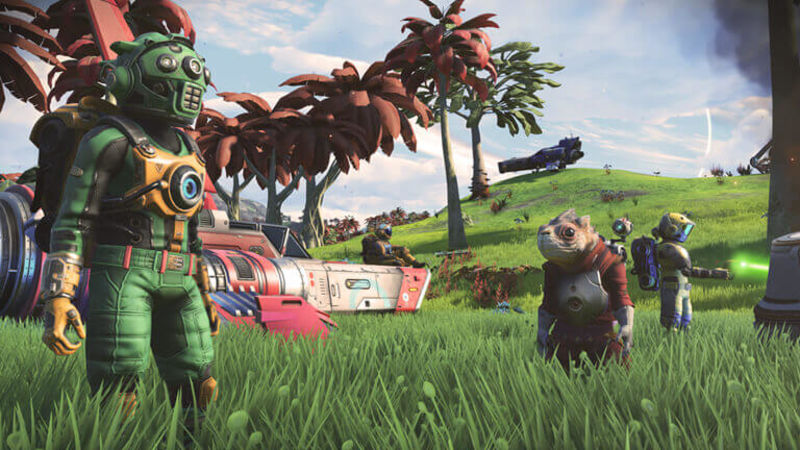 3.8
No Man's Sky, the popular space exploration video game, has added shared seasonal expeditions among other additions in a new update aptly called No Man's Sky: Expeditions. This is just the latest free content update to the title, which has continued to evolve over time, and it would appear that developer Hello Games has no intention of stopping at any point soon.

The new shared expeditions essentially kick off events at fixed points with milestones and phases. That's an extremely broad sort of premise, but No Man's Sky is an extremely broad sort of video game. New expeditions are set to kick off seasonally, with exclusive new rewards associated with them, and each one will have a specific theme to them. You can get an idea of what this looks like in the official trailer below:

Free and out now pic.twitter.com/jD0DCdwAT0


"Set forth on a new community-focused adventure with new content each season," the update announcement from Sean Murray, founder of Hello Games, reads in part. "Master a unique set of challenges with revitalised mission mechanics, visit bustling hub worlds, and earn exclusive rewards to keep across all saves."

No Man's Sky is currently available on PlayStation 5, PlayStation 4, Xbox Series X|S, Xbox One, and PC via Steam.