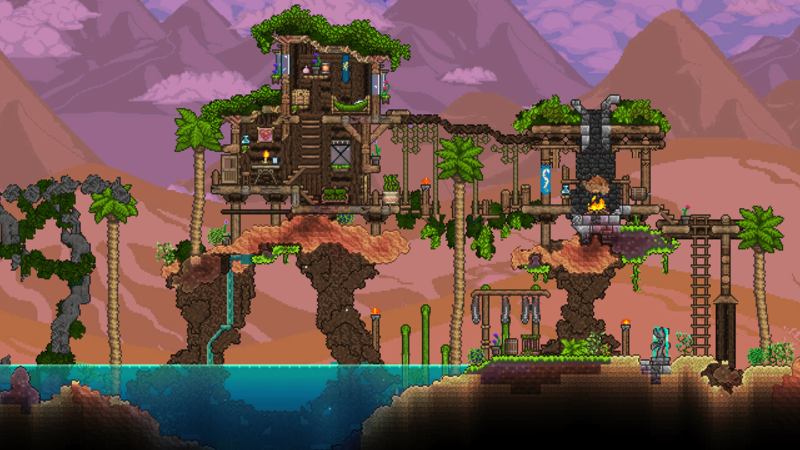 4.3
Late last year, Terraria developer Re-Logic announced that the open-world sandbox game would be getting Steam Workshop support, but declined to say when it would arrive. It turns out, that day is today – with its latest patch, the Steam version of Terraria natively supports the Steam Workshop, allowing players to share worlds, resource packs, and more in one convenient place.

“That’s right – at long last, we are able to provide an easy-to-use system and location for Terrarians everywhere to showcase their creative energies in all new ways,” Re-Logic writes in the update on Steam. And while it’s true the new Workshop support allows new ways to share game modifications, there’s an important proviso.

First though, let’s look at the stuff you can share right away. Terraria’s Steam Workshop page supports world uploads, so you can easily share your favourite (or most devious) maps you’ve discovered or built in the game. You can also share resource packs, which include new textures, music, or translations of the in-game text.

As Re-Logic made clear when it announced the upcoming Steam Workshop support, for more transformational Terraria mods, you’ll still need to use the separate tModLoader utility. Re-Logic points out that tModLoader is still running on the previous version of Terraria, but that the team that maintains it is busily updating it to work with the new 1.4 version.


The update post includes an extensive guide to using Terraria’s Steam Workshop functions, so head over there if you’d like to get the full rundown. Otherwise, you can head to the Workshop page itself and start looking for cool stuff to add to your game.

Nice add and update for sure.