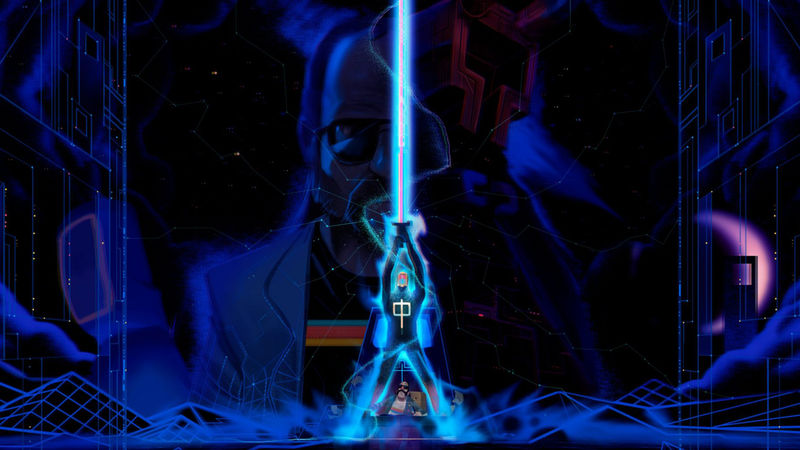 Developed by Studio Koba and published by Team17, Narita Boy has been cooking for a few years and first emerged on the scene via a successful Kickstarter campaign that raised €160,946 across 5,012 backers.

"Become symphonic in Narita Boy," reads an official elevator pitch of the game. "A radical action-adventure as a legendary pixel hero trapped as a mere echo within the Digital Kingdom. Discover the mysteries behind the Techno-sword, lock swords with the corrupt and tainted Stallions. Save the world!"

At the moment of publishing, Narita Boy has a Metacritic score ranging from 68 to 75, depending on the platform, with critics seemingly divided about the game. That said, while Narita Boy hasn't landed with every critic, its visuals and soundtrack are being, more or less, universally praised.

Xbox Game Pass and Xbox Game Pass Ultimate are available via the Xbox One, Xbox Series X, Xbox Series S, PC, and Android for $10 and $15 a month, respectively. At the moment of publishing, there's been no word of the subscription service coming to Nintendo Switch, Google Stadia, PS4, PS5, or any other additional platforms.