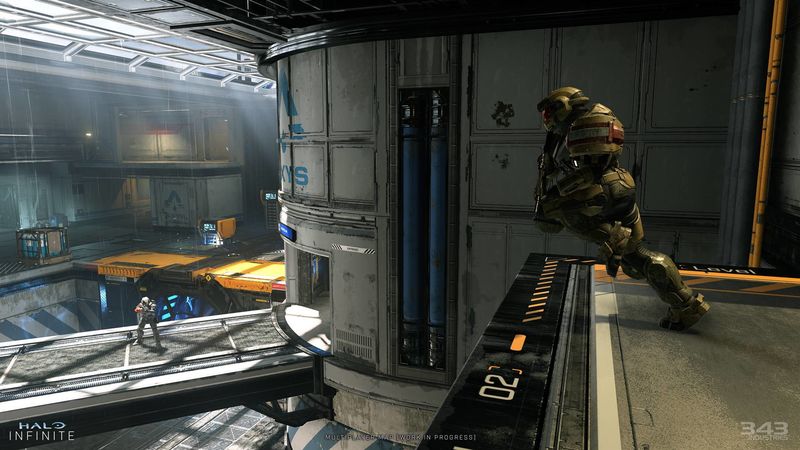 4.2
As part of a new update on the development of Halo Infinite, developer 343 Industries specifically highlighted the contributions of the game's Audio Team. The whole thing is worth a read if you are at all interested in learning more about the upcoming video game and especially its audio, but perhaps the most notable bit is that Halo Infinite will include a franchise-first feature: virtual surround sound. Essentially, various sounds will appear to be coming from the appropriate direction depending on the position of the player.

"Halo Infinite will be the first Halo title to support the Virtual Surround Sound technologies Dolby Atmos, Windows Sonic, and DTS Headphone:X," said Chase Thompson, the Lead Audio Technical Designer on Halo Infinite, as part of the larger update. "These spatial audio technologies allow us to make sounds feel like they’re playing from behind or above you, when you’re only wearing stereo headphones. We’ve created a custom setup for our in-game sounds so that you get a clear separation between spatial and non-spatial content. This way, whether playing over headphones or on a surround sound system, you can very clearly tell exactly where your enemies are when you’re in combat."

The Audio Team for Halo Infinite has been hard at work leaving no stone, or soundwave, unturned. Dig into our latest edition of Inside Infinite to learn more about the sounds that'll be going along with the sights of Zeta Halo.


Halo Infinite is currently set to release later this year for the Xbox Series X, Xbox Series S, and PC. The Xbox Series X|S are currently available for $499 and $299, respectively, if you can find either of them in stock anywhere.