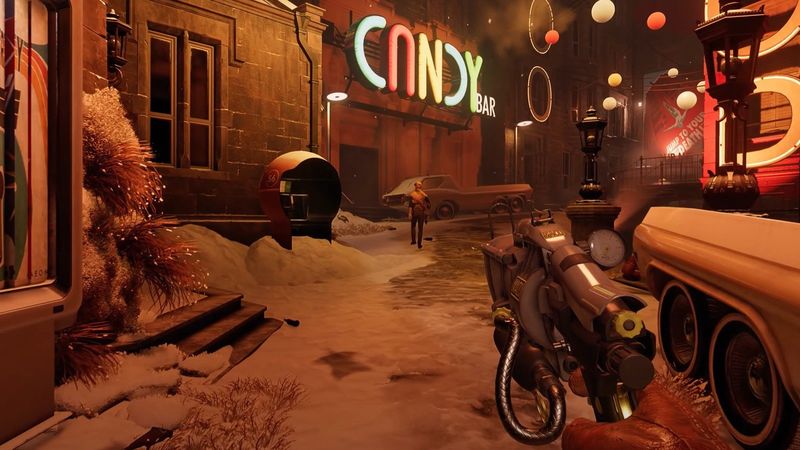 4.5
Deathloop and Dishonored developers Arkane studios were as surprised as everyone else about the Microsoft acquisition of Bethesda.

In an interview with Press Start, Deathloop’s Game Director, Dinga Bakaba said “It was pretty surprising, I would say. It was unexpected, to an extent… [but] after the surprise, it made a lot of sense.” While Arkane was owned by Bethesda, it’s not surprising that they weren’t privy to all the dealings and goings on around the Microsoft acquisition of Bethesda. It seems that most Bethesda employees only found out about the acquisition when it was publicly announced.

Deathloop is a time-bending FPS from Arkane Lyon, which was the team behind the critically acclaimed Dishonored series. In Deathloop, two rival assassins face off in a Groundhog Day-style battle as one seeks to end the time loop, while the other tries to stop them. It’s entirely playable in single player, but you can also enable multiplayer invasions where your friends can take control of your rival assassin and hunt you down.

Deathloop is due to release on May 21, but due to deals that were signed long before Microsoft’s purchase of Bethesda, it will be a timed console exclusive for the PS5, rather than the Xbox Series X.

Microsoft announced its intentions to buy Bethesda back in September 2020, and finalised the deal earlier this month. Xbox chief Phil Spencer made it clear back when the announcement was first made that existing deals between Bethesda and other parties would be honored, and that meant that Deathloop and Ghostwire Tokyo would remain timed-exclusives for the PS5.