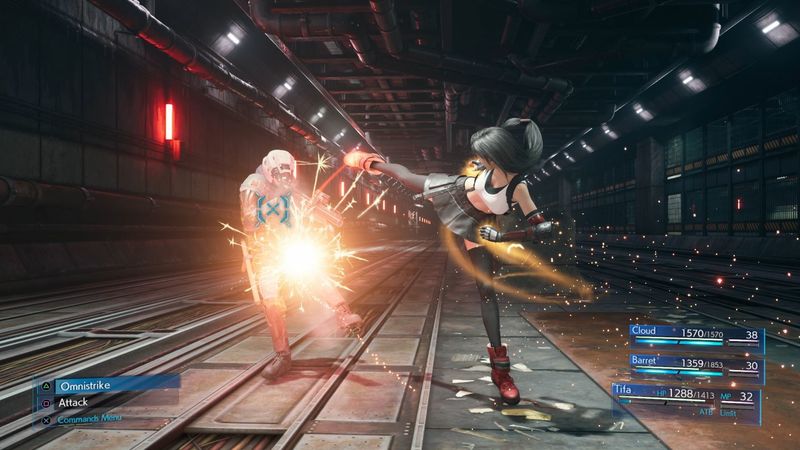 4.4
Final Fantasy VII Remake Intergrade developer Square Enix has released a new extended trailer for the upgraded title showing off just what sort of enhancements players can expect when it releases on June 10th for PlayStation 5. If the footage looks familiar, that's because it's basically taken straight from PlayStation's State of Play presentation at the end of February where the PS5 title was first announced.

More specifically, the new trailer shows off the various graphical upgrades available on the PS5 version like better lighting and enhanced fog effects while also showcasing the new photo mode and the ways in which players can edit and alter various scenes from the popular video game. As the trailer notes, owners of the PlayStation 4 version of the title can upgrade to the PS5 version for free and even carry over saved data. This does not, however, apply to the current free PS4 version of the title available to PlayStation Plus subscribers.

You can check out the new extended features video below:

Midgar has never looked so good.

Coming to PlayStation 5 on June 10th, take a much closer look at @FinalFantasy VII Remake Intergrade in this extended and enhanced features video. pic.twitter.com/cvbUgd7Ff6


There is also a brief look included at the Yuffie DLC episode. If you somehow missed it, the upgraded version of Final Fantasy VII Remake will include a section where players take on the role of Yuffie the materia hunter as she works for in Midgar during the events of the game, and while this is absolutely totally new narrative content, it's the only bit of DLC that players should expect before whatever next installment of the title.

Super excited for the remake!

Yep this will be my first final fantasy and im excited!