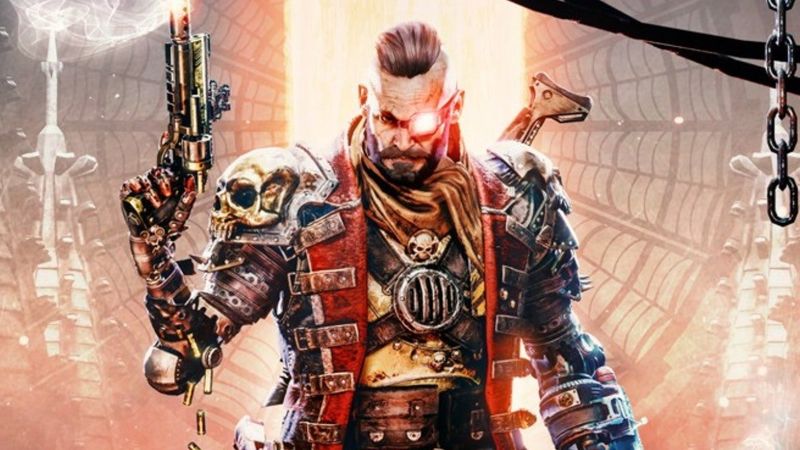 4.3
The Microsoft Store has leaked a new Xbox Series X, Xbox Series S, and Xbox One game. Lately, as in the last several months, the Microsoft Store has been leaking games at a steady rate by pushing listings for said games early. Today, it's done exactly this again, and in the process has revealed Necromunda: Hired Gun, a new fast-paced first-person shooter via developer Streum On Studio and publisher Focus Home Interactive. At the moment of publishing, the pair have not announced the game for any platforms, let alone Xbox One and Xbox Series X/S. That said, not only do we know the game exists and that it's coming to Xbox consoles, but that it's releasing on June 1, 20221, which is a Tuesday.

The listing divulges that the game -- which is set in the Warhammer 40,000 universe -- is rated M for Mature, and it also includes the following game description:

"Pick your contracts. Hunt your targets. Collect the bounty," reads an official pitch of the game. "Navigate an ocean of crime and corruption to balance the bloody ecosystem of Necromunda as a merciless hired gun. The money’s good, the dog’s loyal, and the gun’s reliable – but can you survive the hunt?"

"Necromunda: Hired Gun is an indie fast-paced, violent, and thrilling FPS set in the darkest reaches of Warhammer 40,000’s most infamous hive city. For the right price, eliminate the most notorious gangers and mutants. Your armory is a sprawling arsenal. Your body is enhanced with a dozen customizable augments to run on walls and leap over chasms. Your cyber-mastiff will sniff out and kill enemies for you, while your grappling hook allows quick, agile traversal of the massive environments."


As noted, Necromunda: Hired Gun has not been announced, but this should change soon. Not only does the leak suggest this is the plan, but even if it wasn't, the leak will probably change and accelerate the announcement plans for the game.