Among Us Airship Map Gets Release Date 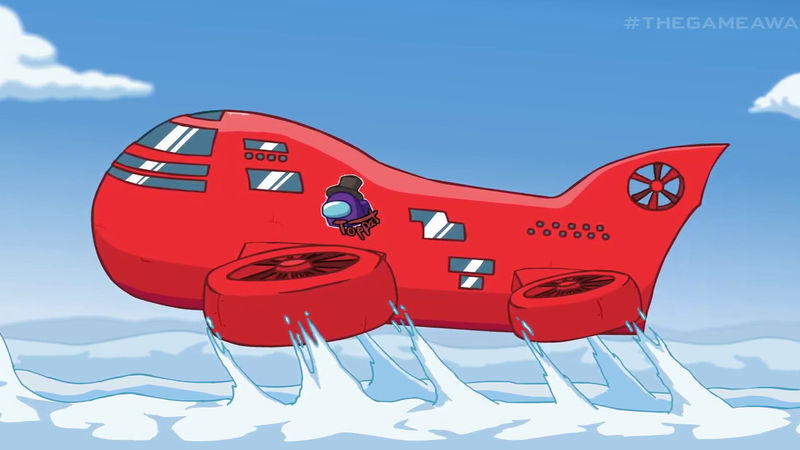 4.3
The new and biggest Among Us map yet -- Airship -- has a release date. Today, after making mobile, PC, Nintendo Switch, and Xbox players wait weeks for more information, developer InnerSloth announced that the game's new map, first revealed back in December at The Game Awards, will release, for free, on March 31. Unfortunately, details on the new map are still quite scarce and InnerSloth didn't accompany the announcement with a new trailer.

What we do know is the new map is the biggest one yet and that it will add new tasks, different starting rooms, and a preliminary account system.

"We know people have been excited and waiting for the map – thank you to those who have been SO supportive and understanding," wrote InnerSloth of the announcement. "It’s really helped us out mentally these past few months. This free update will have all new tasks, the ability to pick the room you start in, ladders, a basic account system for moderation and... more?!

this NEW map is our biggest one yet, including:
• all new tasks
• different starting rooms
• preliminary account system
• more!!!

wake up ur crew it's almost time to eject impostors


According to InnerSloth, a reason the map's release took so long was partially due various "unacceptable" bug that had to be worked out. Meanwhile, now that the game is on more platforms it means more work when adding new content.

Lastly, InnerSloth teases that new and free hats are coming soon, but for now, it's not saying how soon, and so far it hasn't revealed these hats either.

Among Us is available, for free, via the PC, Nintendo Switch, Xbox One, Xbox Series X, Xbox Series S, and mobile devices. At the moment of publishing, there's been no word of the game coming to PS4, PS5, or any other additional platforms.

takes them 4months to create a 2d map? Thats sad