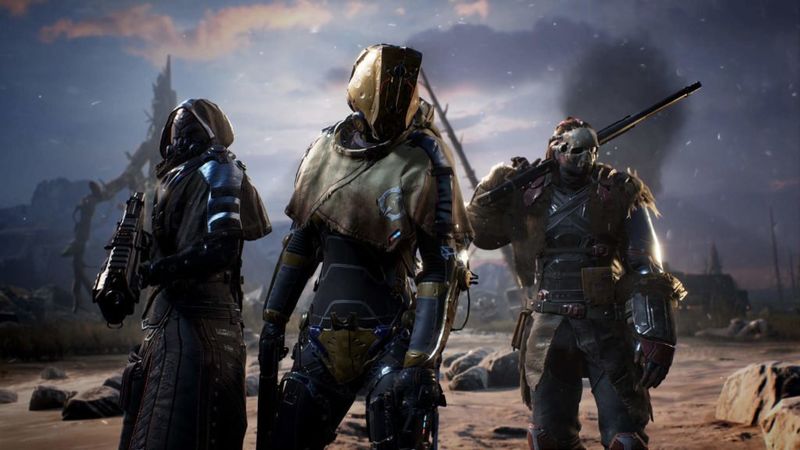 3.9
Microsoft has confirmed that Outriders will be available on Xbox Game Pass beginning on April 1, which is the title’s release date.

It will be playable on consoles as well as Android phones and tablets via Xbox cloud gaming.

Originally announced at E3 2019, Outriders is a 1-3 player co-op shooter from Bulletstorm developer People Can Fly, set for release on consoles, PC and Stadia, with cross-play across all formats.

The game is described as “a vast, brutal adventure filled with imaginative weapons, satisfying loot, and flexible character development.”

There are several character classes to choose from – including the Pyromancer, the Trickster, and the Devastator – each of which has its own unique strengths and abilities. Players can level up their character, customise skills, find loot to upgrade weapons and armour, talk to NPCs to learn about the story, and unlock quests.

There's probably a hint about a game in here somewhere honestly we can't even keep up with all the announcements lately pic.twitter.com/Qz6LmX1Cs4


Publisher Square Enix recently released an Outriders demo which gives players the opportunity to play the first few hours of the game, with all classes available to experience.

I think this game is gonna be great, really excited to play it