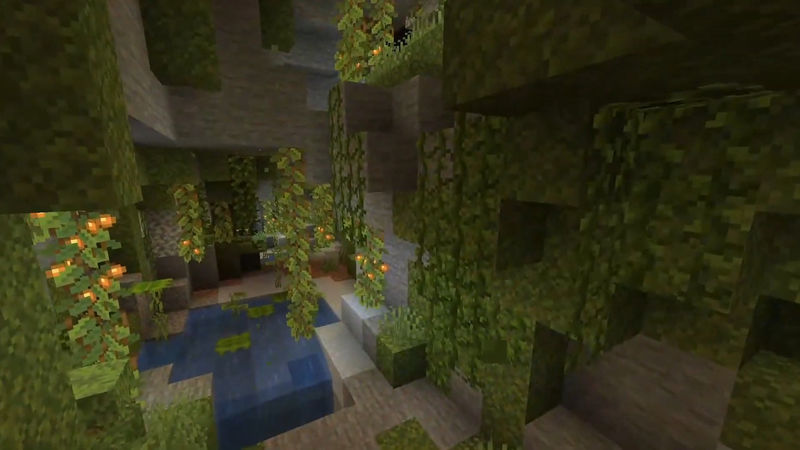 3.9
Finding deposits of coveted resources in Minecraft by stumbling upon ore veins is already rewarding on its own, but the game’s upcoming Caves & Cliffs update will make those sorts of discoveries even better. That’s because the update that’s been previewed more than once through beta releases and Snapshots will be adding sizable veins or ore that’ll set players up nicely for whatever constructs they may be looking to create. Minecraft’s creators spoke about this Caves & Cliffs feature in the game’s latest Dev Diaries video and made the prospect of finding one of the huge ore veins quite the enticing one.

Agnes Larsson, the Game Director for the vanilla version of Minecraft, touched on what she called the “really big ore veins” that’ll get added whenever the Caves & Cliffs update is released. Larsson said that feature was one she was particularly excited about and added that this type of ore vein will be rather rare.

“One thing I'm actually very excited about is the new really big ore veins that we are going to add,” Larsson said. “They're going to be really rare but when you find one that's quite an exciting moment.”

Offering more details on the feature, Larsson imagined a scenario that should give players an idea of just how large these supersized ore veins will be. Constructing castles from the ore veins or the starts of entire mining villages apparently aren’t ideas that are out of the question should a player stumble across these vast deposits of ore.

“When I play Minecraft, I really like to tell stories, and to me, it's something very inspiring with finding something that's quite unique in the world,” Larsson said. “And so, for me, my imagination started spinning, goes ‘so the person that's found this ore vein maybe now wants to build a castle or maybe like a build a full mining village around it.’ And what are the stories about everyone that live in this mining village that was built thanks to the ore vein? And I think that's exciting.”

So, how big will these new ore veins be, exactly? We don’t know for sure yet since the Caves & Cliffs update hasn’t released and doesn’t yet have a release date, but they sound like something to look forward to.