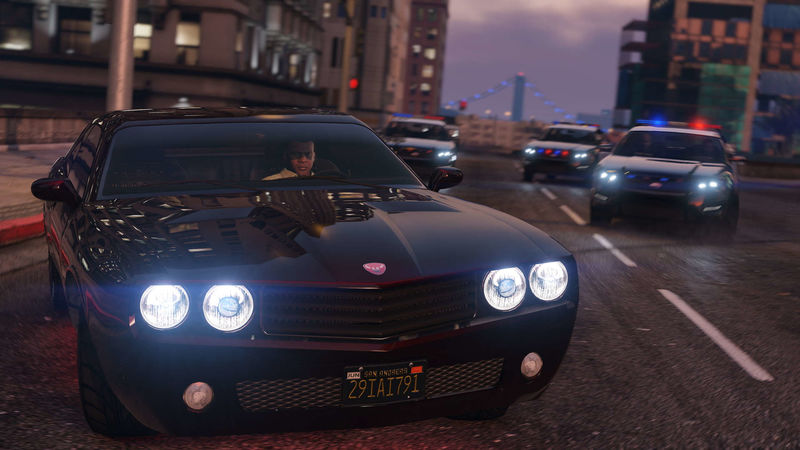 4
Some new comments from Rockstar Games' parent company Take-Two Interactive have PS5 and Xbox Series X players looking forward to GTA 6 a bit worried and holding their wallets tightly. On PS5 and Xbox Series X, some games cost $70. On PS4 and Xbox One, games never surpassed the $60 price point we've had for over a decade. And some games are still priced at $60, however, slowly but surely publishers are moving to the $70 price point. Last year, Take-Two Interactive charged $70 for NBA 2K21 on PS5 and Xbox Series X. And now it sounds like it may charge $70 for more games going forward, which has Grand Theft Auto fans on alert.

As you would expect, there's been some backlash over the price increase of some games, but apparently not enough. During the Morgan Stanley Technology, Media & Telecom Conference this month, Take-Two Interactive CEO Strauss Zelnick revealed that Take-Two is of the mind that consumers are ready for the increase.

"We announced a $70 price point for NBA 2K21, and our view was that we're offering an array of extraordinary experiences, lots of replayability, and the last time there was a frontline price increase in the US was 2005, 2006, so we think consumers were ready for it," said the CEO.

Fortunately for Grand Theft Auto fans, Zelnick followed this up by noting he and his team don't think every game will be this price point because not every game justifies the increase; however, it does sound like its biggest games will all be making this jump.

"We haven't said anything about pricing other titles so far, and we tend to make announcements on a title-by-title basis, but I think our view is always to deliver more value."

During the same conference Zelnick also -- finally -- addressed the rumors and speculation of GTA 6, though, unsurprisingly, his answer wasn't very revealing.

Mike 10$ difference i dont see an issue personally aslong as the games are very good.

For a game like GTA, sure. But for a game like NBA 2k which is their parent company, That's not the best idea coming from them. They not only release 3 updates per year (and with the release of next gen 2k21 they only got 2 updates and the last one was so bad people are playing the old gen 2k) They also close the servers down on a game that's only 2 years old with some of the worst delay ive seen in a game, and ive played JRPG games before the worldwide release.

10$ difference i dont see an issue personally aslong as the games are very good.