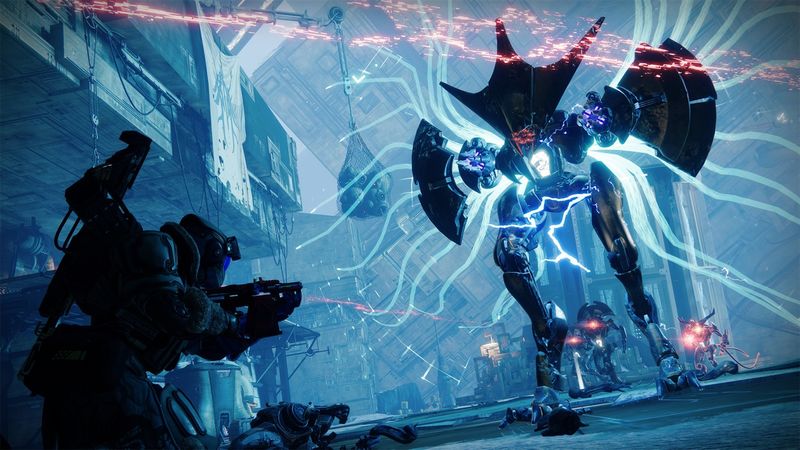 4.3
Studio members over at Bungie are getting quite excited about a meeting that seemingly transpired within the past day. Yesterday afternoon, a litany of developers at the company all tweeted cryptic teases about things that are seemingly in the works at Bungie. And while none of them would give away the specifics of why they were so ecstatic, some went as far as to say that they've never been "more hyped" in their life.

The tweets of excitement were shared by roughly five members of Bungie within the last day. While three of the tweets merely featured the word "BUNGIE" and nothing else, a few other developers went on to share some additional messages of joy. One of these came from community manager Chris Shannon who simply said, "Today was a good day." Conversely, game designer Josh Kulinski expressed, "I don't think I have ever left a company meeting more hyped in my life."

Perhaps the best indication of what these tweets could have been in reference to comes from Christopher Barrett. Barrett, who is a director at the studio, took part in the social media shenanigans as well. While this normally wouldn't be a huge indication, Barrett also notes on Twitter that he is currently directing an unannounced project at Bungie. As such, since Barrett was involved with this series of tweets from studio members, it stands to reason that they could all be excited about a secret game that is in the works.

That being said, it's also hard to know just what "unannounced" title Barrett could be directing. While my own initial estimate says that it could be for an entirely new game, Barrett's team could also be working on future Destiny 2 content. As such, it's really hard to know for certain what could have caused everyone to freak out in unison in this manner.

You all are gettin real excited. I’m just stoked Bungie gave us all a 3 day weekend :p

Today was a good day.

Please, for the love of god let me see a fps similar to anything Halo they created.