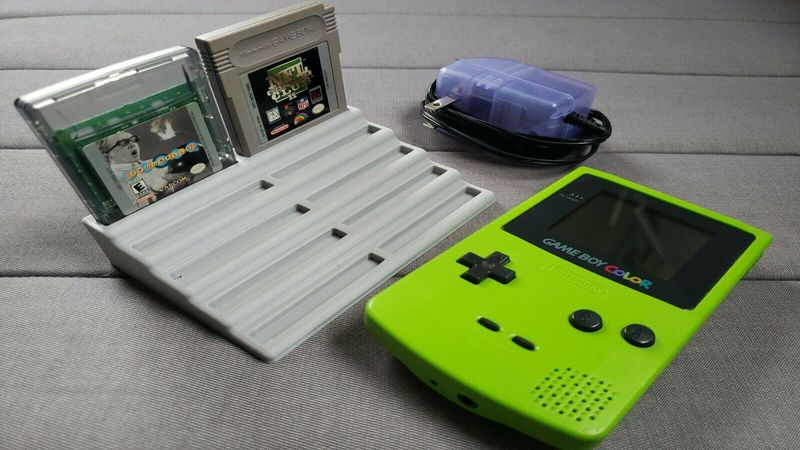 4.3
A cancelled Nintendo Game Boy Color game might get a new chance at life thanks to an upcoming Kickstarter campaign. The game is called Infinity, and it was in development from 1999 to 2001. Unfortunately, 2001 saw the release of the Game Boy Advance system, and publishers started to become wary about spending more time and resources on games for the older platform. Developer Affinix Software disbanded in 2002, and the game was officially cancelled as a result. However, developer Incube8 Games now plans to finish the title in time for its 20th anniversary, and even make it available on Game Boy Color cartridges!

Incube8's Tweet announcing the project can be found embedded below.

We are proud to announce that after 20 years in development limbo, Infinity will finally get its long awaited publication on the Game Boy Color! Kickstarter campaign soon to come. Sign up to the newsletter for updates! https://t.co/eAfexkhc2T @retromoddingcom @InfinityGBC


Incube8 Games contains a mix of developers from the original team, as well as some new members. If the Kickstarter is successful when it launches this summer, the Game Boy Color cartridges will be produced by Retro Modding. Incube8 Games has a newsletter that will provide subscribers with information on the Kickstarter campaign, and subscribers will also get "an exclusive medley of Infinity’s soundtrack."

Infinity is an 8-bit RPG with over 50 areas for players to explore, six heroes to control, and more than 100 items that can be obtained. The game's graphics seem reminiscent of titles like The Legend of Zelda: Oracle of Ages and Oracle of Seasons. Fans of the Game Boy Color handheld will definitely want to keep an eye on this one; from the trailer, it certainly looks like it would have been a strong swan song for the hardware!

The end of the Game Boy Color proved troublesome for a lot of developers and their games. Games like Shantae that released late in the system's lifespan received smaller print runs, making them extremely hard to come by. It's unsurprising to hear Infinity was a casualty from that era, but that might finally get rectified when the Kickstarter goes live later this year.

it actally looks so fire tho should just made a game for switch using same movement.