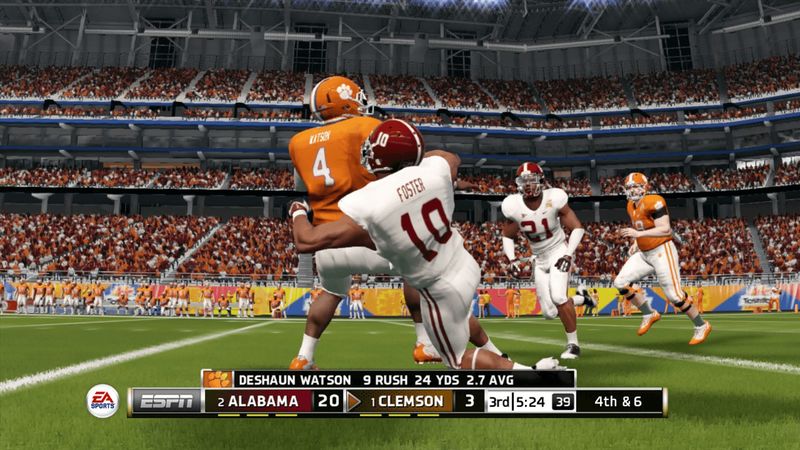 4
Electronic Arts made the surprising announcement earlier this year that it would be bringing back its beloved college football video game series. While the news was met with nothing but joy from many who have missed the franchise since its last entry released all the way back in 2013, others continued to wonder when the first game in this new EA Sports College Football series would come about. Now, it looks like we have our answer to this lingering query.

As reported by Matt Brown, EA currently seems to be targeting a release date for EA Sports College Football in July of 2023. The window, which is over two years away, was divulged from the Collegiate Licensing Company in a message that was sent to universities around the country in preparation. Brown notes that he obtained the document that featured these details via an open records request.

I have other information that consumers will probably be interested in!

Subscribe to Extra Points to get the whole scoop tomorrow.https://t.co/S9JezdCLHO


If you're shocked to hear that EA Sports College Football is so far out from release, well, you probably shouldn't be. When EA announced the game earlier this year, it specifically noted that the new title would be a couple years away from launching. While no specific window was given alongside that reveal, the messaging from EA made it sound like work on EA Sports College Football had only just started recently.

Although this July 2023 release window is quite specific, it's worth noting that you shouldn't take this as a confirmation of when to expect the game just yet. Even though this clearly looks to be the month that EA is planning to release the game, things can always change internally. Especially since we're talking about a window that is roughly 30 months away, there's always a good chance that something within EA will prompt a change.

Still, it's good to know that we shouldn't be getting our hopes up just yet to see anything within 2021 or 2022. Whenever EA Sports College Football does end up releasing, it will surely be coming to PlayStation 5, Xbox Series X, and potentially PC.