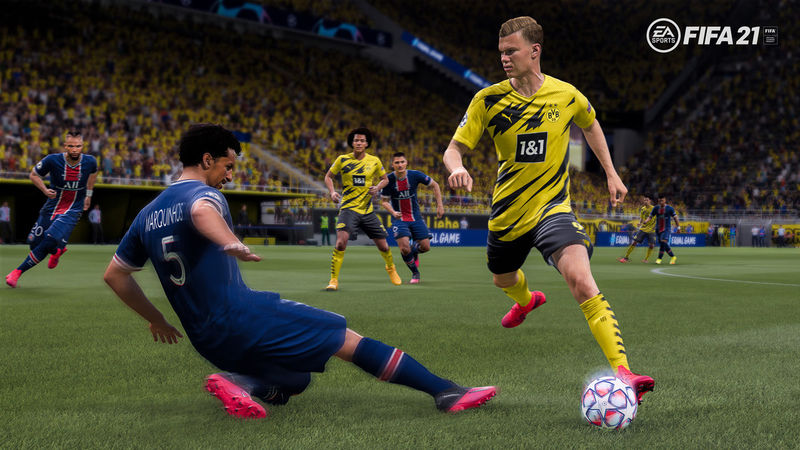 According to unconfirmed reports, the employee sold FIFA 21 Icon and Team of the Year cards in packages costing in excess of €1,000 ($1,191).

Messages claiming to show a conversation in which an EA employee discusses selling FUT cards for real cash can be seen in the tweet below from FUTArcade.


In the messages, the alleged EA employee explains to the potential customer that players are paying people thousands of dollars just to list valuable Icon Moments cards like Ruud Gullit and the Brazilian Ronaldo on the transfer market, so they can then be bought with in-game Coins.

It appears that the employee is offering to use the customer’s PlayStation or EA ID to directly add the packs to their in-game account.

Following the allegations, the hashtag #EAGate started trending on Wednesday.

So we grind/trade/open packs and can’t touch these PIM players but EA employees sell them to people secretly for $1,700?!?! LOL I respect the grind but my god... pic.twitter.com/CCnhjZbcgH

Video proof?!? I mean this could just be an EA Dev though or an actual employee? Who knows anymore. It’s all allegations, let’s just hope EA makes a statement on this and stays honest with us. #FUT21 #FIFA21 pic.twitter.com/lzqGMDE5S3


Icon Moments and Team of the Year cards are among the rarest in FIFA 21. Icons give players classic legends in their team, ranging from Pele and Maradona to Kenny Dalglish and Eric Cantona. Icon Moments are even rarer versions of these, with boosted stats.

Team of the Year players, meanwhile, are a special group of cards that were released in January and contain the best players from 2020, all with heavily boosted stats.