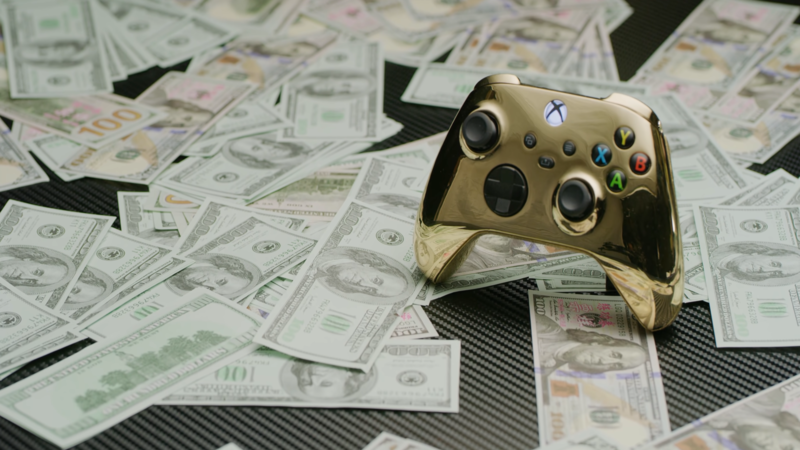 4.1
YouTube channel Linus Tech Tips has revealed an Xbox Series X controller made from 1.5kg (about four pounds) of solid 18-karat gold! Constructed by the company Expert Casing, the gorgeous custom build cost an astounding $87,500 to produce, making it "the most expensive Xbox controller in the world." Naturally, all that gold gives the controller a significant heft to it, much greater than what players would expect from the standard system controller. Of course, those other options don't look nearly as sleek as this one does! The first video showcasing the Xbox Series X controller's construction can be found at the top of this page.

So far, the team has created two videos detailing the build, and a third is on the way that will showcase its use by the members of the team. Those videos will help Linus Tech Tips pay off the controller's hefty price tag. In the videos, the team dives deep into the creation of the controller, and about the specific blend used in order to give the controller its shine. For Xbox fans, or just those looking to learn more about the process, it's very much worth the watch! The second video can be found embedded below.

The texture on the back of an Xbox Series X controller is one of its most defining features; it just gives the controller a nice grip during play! In the first video, we can see that the gold version also has that texture, much to the surprise (and delight) of host Linus Sebastian. That simple addition makes the build seem all the more authentic, making the project even cooler!

Since the controller is 100% custom made, fans with the money to spend won't be able to get this one for themselves. It seems unlikely that most gamers have that kind of money lying around, but those dying to have a next-gen system made of gold can always settle for a gold-plated PlayStation 5! That system is a bit cheaper than the one constructed by Linus Tech Tips, and is available to a select number of buyers.