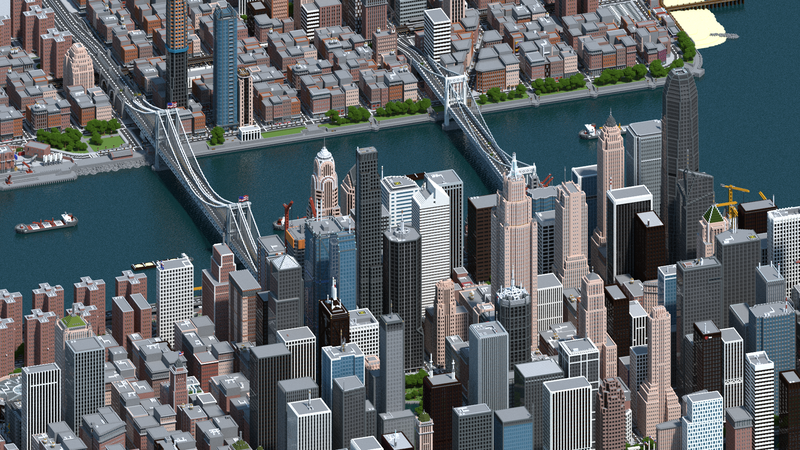 3.7
The creator of the screenshot above wants you to know that it is not, in fact, from Cities: Skylines. No, this is an image of a Minecraft project that’s been under construction for three years – an effort to build a fictional North American metropolis at an incredible level of detail. If you want to take a tour, you can even download the map for yourself.

“Maybe it’s hard to believe, but I built it on my own and it took me almost three years,” creator the_balazs says on Reddit. It was built using the WorldEdit mod, but that’s the only additional tool – everything you see was built by hand. A little bit of help from Chunky generated the screenshots with fancy lighting, and that’s that.

You can download the map for yourself on Planet Minecraft. Called Tranton, it’s a fictionalised city based loosely on New York and Chicago. Everything is built to scale, and the buildings even have interior floors. It’s an impressive piece of work, all around.

Check it out in greater detail via the_balazs’ Reddit gallery.