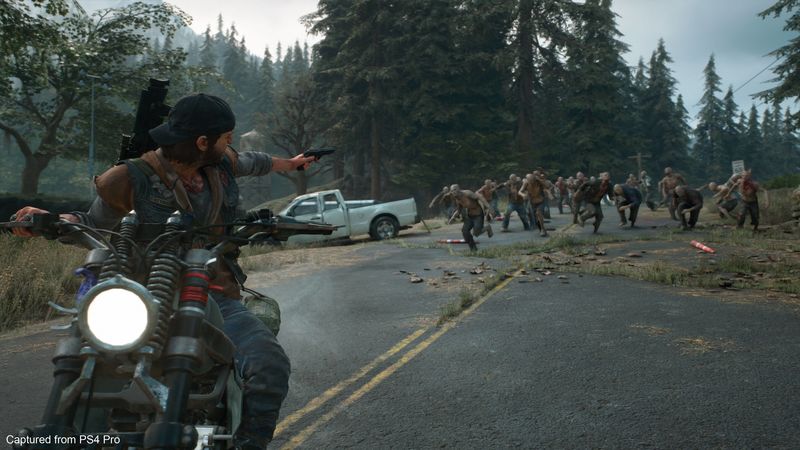 3.8
PlayStation and Bend Studio only announced just a few weeks ago that it would be bringing the 2019 PlayStation 4 release of Days Gone to the PC platform. The game is currently slated to arrive at an undetermined date this spring and while the general public hasn't known about this version of the title's existence for long, it looks like Sony has been toiling away on this for quite some time.

Pointed out by some sleuths over on Reddit (u/gonnabecrazy69), a database entry for Days Gone on Steam, which is Valve's digital marketplace for selling PC games, was created over a year ago. Specifically, Sony registered the game all the way back on February 27, 2020. This was prior to PlayStation even announcing that Horizon Zero Dawn would come to PC as well, which tells us that the publisher has clearly been planning to bring over multiple titles for quite some time.

At this point in time, PlayStation clearly isn't done bringing over some of its most popular games to the PC platform. In fact, PlayStation boss Jim Ryan already confirmed as much and said it has more games in the pipeline for the hardware. While we don't yet know what those titles might be, it stands to reason that they were decided on long ago, just like Days Gone. As 2021 continues to go on, there's a good chance that we'll start to hear more about the other games that Sony is looking to port to PC.

But once again, in the near future, Days Gone is planned to hit PC at some point later this spring, which means we should see a launch date announced relatively soon. Whenever that date is revealed, we'll be sure to let you know. Until then, Days Gone can still be solely experienced on the PS4. Conversely, if you own a PlayStation 5, Bend Studio has actually pushed out a patch for the game that improves its performance considerably on the next-gen platform.

"Days Gone Release on PC Has Been Planned for Over a Year" :: Login/Create an Account :: 0 comments