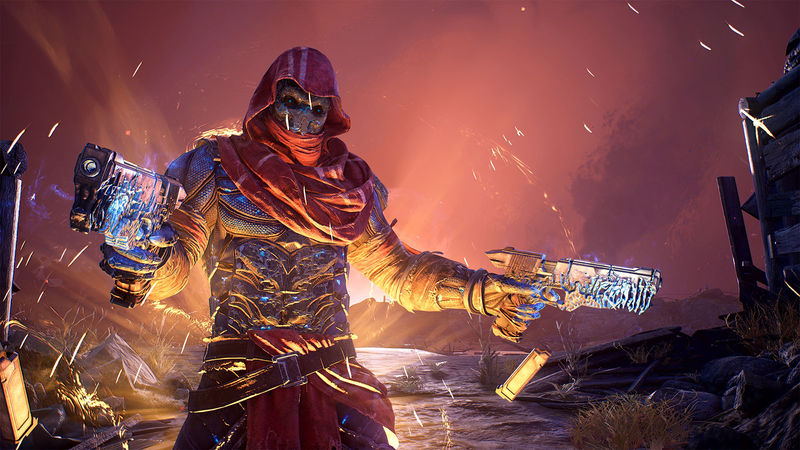 3.9
People Can Fly has changed its stance on legendary loot farming in Outriders somewhat.

Last week, in a wide-ranging update on the reception to the Outriders demo, developer People Can Fly touched on legendary loot farming methods players had devised in just a few days.

In particular, People Can Fly was worried that players find it too easy/consistent to farm for legendary loot, front-loading that part of progression and potentially hampering their own enjoyment of the first few hours of the full game come launch. Outriders, of course, is in a unique situation there because demo progress carries over to the full game.

So, People Can Fly decided to cut down on legendary rewards in the demo, outright removing them from chests altogether, including those found after defeating bosses. Unfortunately, this left players who currently have nothing else to do than repeat boss runs for loot with barely any rewards for their efforts.

In response, the developer made it so the Gauss boss chest has a chance of dropping legendary gear again. Gauss is the only major boss fight in the demo, and it’s a fight players have been grinding for legendaries previously.

“Having listened to very reasonable community feedback, we have enabled the Gauss boss chest to drop legendaries again as we should indeed be rewarding boss runs,” People Can Fly wrote on Twitter.

All other chests, however, will no longer drop legendary loot.

The Outriders demo has been played by over 2 million players, and the game continues to rank highly in Steam’s weekly best-sellers. The full game is out April 1 on PC, PS4, PS5, Xbox One, and Xbox Series X/S.